The head of the Central Intelligence Agency (CIA) has admitted responsibility in the bloodshed in Syria while wishing that the US could have prevented the defeat of militants in Aleppo by Syrian forces. 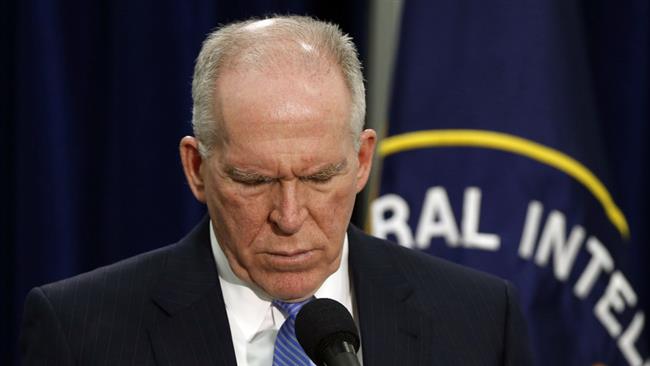 "I think we always like to say that we wish that we would have been able to make a difference, in a way that would have prevented the slide and the situation there," CIA Director John Brennan said in an interview with National Public Radio.
"There's no way you can divorce yourself, emotionally or mentally, from these situations that you play a role in," Brennan said, adding that he "felt some responsibility for the horrific bloodshed” in the Syrian conflict.
The CIA chief further insisted that the resounding defeat of militant groups in Aleppo would not constitute an end to the armed campaign against the Syrian government.
"This insurgency is not going to go away until there is some type of viable and genuine political process that will bring to power in Damascus a government that is representative of the Syrian people,” he claimed, without explaining how a representative of the Syrian people will be determined.
He also acknowledged the US inability to influence developments in foreign lands despite its military might.
"As great a country — as powerful a country — as the United States is, we have, in many areas, limited ability to influence the course of events," Brennan said.
UN Special Envoy for Syria Staffan de Mistura estimates that over 400,000 people have been killed since the onset of the militancy. The UN has stopped its official casualty count in Syria, citing its inability to verify the figures it receives from various sources.
(Press TV)
Share to
Tags
CIA ، US ، Syrian bloodshed
Your Comment