British Prime Minister Theresa May must suspend some military supplies to Saudi Arabia over Riyadh's use of UK-made cluster bombs in Yemen, Opposition leader Jeremy Corbyn has said. 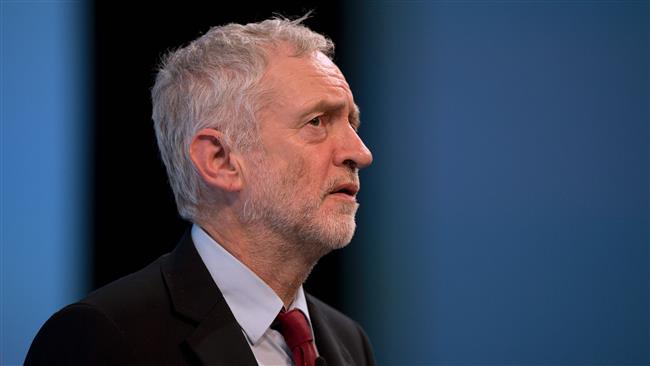 May must also explain why it took so long for the government to recognize that the cluster bombs banned by an international treaty were dropped in Yemen by Saudi Arabia, said Corbyn, the leader of the Labour Party.
There was "pretty strong evidence” available for months that cluster bombs sold from Britain in the 1980s had been deployed in the Saudi war against Yemen, Corbyn said.
On Monday, UK Defense Secretary Michael Fallon admitted that Saudi Arabia was using British-made cluster bombs in Yemen which it has purchased in the 1980s. Fallon made the admission only after an official confirmation from Saudi Arabia.
He made a statement to Parliament the day after the Guardian revealed the existence of a UK government analysis indicating the bombs had been used and which had been available to ministers for about a month.
Speaking to the Guardian on Thursday, Corbyn said May and Fallon should both explain why it took so long for the UK to acknowledge the truth.
"I raised the issue of arms supplies, as did Emily [Thornberry], and a television program that indicated pretty strong evidence of cluster bombs was there. So why it’s taken this length of time, I think they do have some questions to answer,” he said.
The use of the cluster bombs is prohibited because they contain dozens of small bomblets that can explode at a later date, causing indiscriminate killing and maiming of civilians long after a conflict has ended.
The use of cluster bombs, or assistance in their deployment, is banned under the Convention on Cluster Munitions, of which Britain is a signatory.
Corbyn also urged the UK to review its military ties with Saudi Arabia over its actions in Yemen.
"We have to ask the question about this relationship with Saudi Arabia, their bombing of targets all over Yemen, vast numbers of people being forced into exile and the huge number of deaths there. It is a terrible situation."
"Even the US has suspended some military supplies to Saudi Arabia. Why can’t we do the same?”
At least 11,400 people have died as the result of the Saudi campaign in the kingdom’s impoverished neighbor since March 2015, according to the latest tally by a Yemeni monitoring group.
(Press TV)
Share to
Related News
Belgium voices alarm over spread of Saudi-backed Wahhabism
Tags
UK ، military supplies ، Saudi Arabia ، Saudi Arabia
Your Comment