PDF Version of Leader's "Christ in Night of Glory" Released

The PDF version of a book titled 'Christ in Night of Glory' which deals with the story of Supreme Leader of the Islamic Revolution Ayatollah Seyed Ali Khamenei’s visit to the homes of Christian martyrs, is now available for public use. 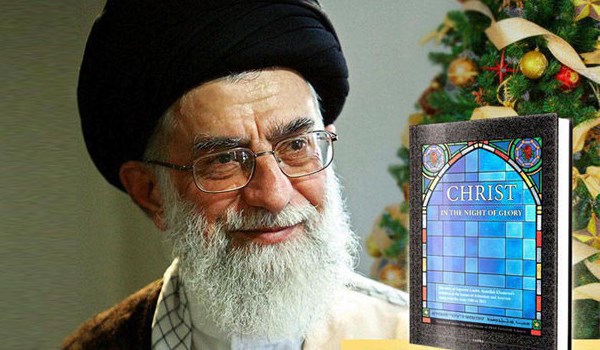 The book was translated into English in January 2016, nearly a year after its publication in Persian, during Christmas and New Year and after a recent visit by Ayatollah Khamenei to an Assyrian martyr’s home.
The book provides international readers with an account of interesting events in the meetings of Ayatollah Khamenei with the families of Christian martyrs.
Christ in Night of Glory tells the story of visits made by Ayatollah Khamenei since 1984 when he was president at the time until early 2011 to the time of his leadership.
The interesting point about the meetings is the surprising nature of it and the reaction of hosts when they realize that the Leader will go to their homes in few minutes.
Each story begins with a short introduction of the martyr and then comes to the visit and the conversations made between the Leader of the Islamic Revolution and the martyr’s family members. This narrative theme actually makes the book more interesting and makes it a must-read.
According to the publisher, the translation into English from the original Persian will be sent to Armenia, Lebanon, Europe and the USA for the further knowledge of Armenians (and Assyrians) who were living in Iran since ancient times.
(FNA)
Share to
Tags
Supreme Leader ، book ، Christ
Your Comment