At least two people have been killed and five injured as a result of two shootings in New York City on Christmas Day. 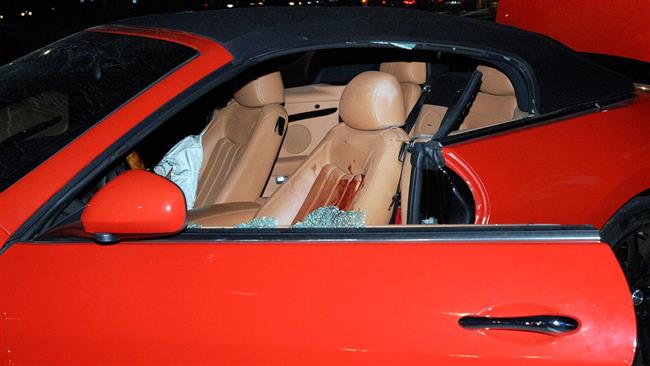 In a mass shooting that took place on Sunday morning, a gunman opened fire on people inside the Mansion nightclub in Mount Vernon, killing two and injuring four.
Police said O'Neal Bandoo, the club’s owner, was killed during the attack. The name of the second person who died in the shooting was not revealed.
The victims were found in the lobby and on the street outside the club, a sign that the shooter had chased them.
The suspect managed to flee the scene, police said, describing him as a Bronx resident with a pending attempted murder case.
According to eyewitnesses, around 200 people were inside the club when the shooting broke out.
Rapper survives shooting
In another incident on Christmas Day, rapper Roland Collins, aka Troy Ave, survived a shooting in Brooklyn, police said.
The 34-year-old performer was sitting in his car at a red light when a gunman approached him and shot him twice.
The bullets grazed Collins’ head and injured his arm, police said, adding that the rapper rushed to a nearby hospital.
Accused of an attempted murder, Collins himself was out on $500,000 bail following a May shootout at a concert that left a member of his entourage dead.
The weekend leading to Christmas has seen similar mass shootings in other major American cities.
In Chicago, for example, police said Sunday that 27 people were shot in a 48-hour period, seven of them fatally.
Four more people were killed in Wilson, North Carolina, after a shooting on New Year’s Eve, according to police.
Statistics by the US Centers for Disease Control and Prevention (CDC) show that firearms kill more than 33,000 people in the US every year, a number that includes accidental discharges, murders and suicides.
(Press TV)
Share to
Related News
Chile's worst wildfire destroys town as help arrives
Tags
New York City ، Christmas ، shooting
Your Comment