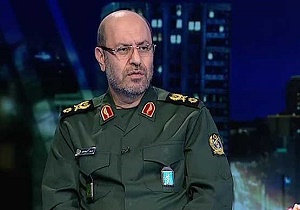 "The Takfiri-terrorism stream made by Americans, Zionists, reactionary Arab countries in Middle East and certain states like Turkey is not only limited to Syria, Lebanon, Yemen and Iraq. It is a comprehensive story which is damaging and threatening global system and security,” he said on Monday.

Lauding fight against terrorism, he said the stream is threatening all nations. "Today, we are introduced as pioneer of fighting violence, extremism and terrorism and we are fighting it. This is a humane measure.”

Dehghan continued that Iran believes that regional security is as important as security of Iran, and that turmoil and insecurity in the region would overshadow security of others.