At least 50 people were shot, a dozen of them fatally, over Christmas weekend in Chicago, where more than 700 people have been murdered this year, according to police. 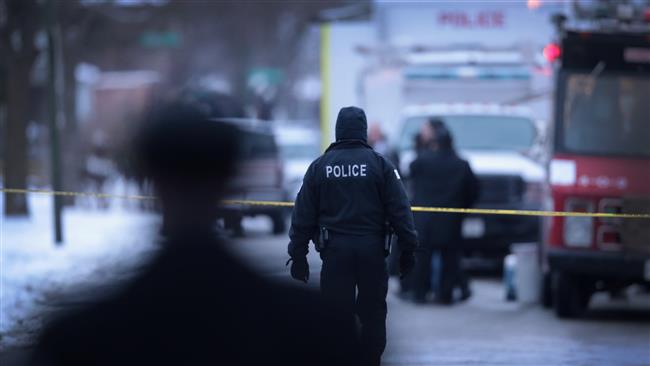 Since Friday evening, at least 12 people have been killed in the city, police told media on Monday, acknowledging that Chicago has turned more violent.

This is while, only six people were killed and more than two dozen injured in the same period last year.

"If anyone thinks this is okay or it's normal, then you're wrong. Because it's not okay and it's not normal," Chicago Police Superintendent Eddie Johnson, said during the press briefing.

"These gun offenders have repeatedly shown us that they're not going to play by society's rules," Johnson said,” said Anthony Guglielmi, a spokesman for the Chicago Police Department.

Calling the violence "unacceptable,” Guglielmi noted that 90 percent of the people who died in the shootouts either had criminal histories or were on the force’s strategic subject list.

The list is put together via a computerized algorithm that categorizes people on a scale of 1 to 500, with people above 200 being considered in danger of being shot or shooting others.

Despite the assessment by police, some media outlets published contradictory reports, some of them pointing to higher casualties.

The Chicago Tribune, for example, put the total number of people who were shot at 57, while stating that only 11 of them were killed.

The local daily also noted that more than a dozen of the victims remained in life-threatening conditions.

The Tribune also reported that at least eight of the shootings had multiple victims, two of them double homicides.

In one of the mass shootings, five people were killed and two were wounded in the East Chatham neighborhood.

Two more people were killed in a separate shooting in the Austin neighborhood.

So far, more than 700 homicides have been recorded in Chicago, with more than 4,000 people shot. This level of violence is unprecedented since late 1990s, the paper stated, citing police data.