Iranian Deputy Minister of Agriculture Ali Ghanbari said that the country plans to export 3 million tons of wheat, flour and wheat products in the next 3 months. 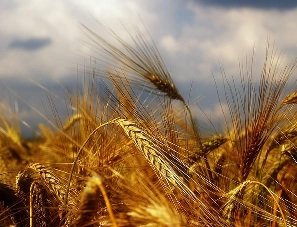 He noted that measure would bring $ 600 million of revenue for the country.

Ghanbari said that regional and neighboring states, including Turkey and Italy are buyers of Iran’s wheat and flour, adding that the quality of the wheat produced in Iran stands at a satisfactory level which paved the way for export of this crop.

He added that in the case Iran manages to export 3 million tons of wheat in the three months, it would set a record in the world in terms of increasing the volume of wheat production and exports.

Iranian deputy minister of agriculture reiterated that the country would join the list of wheat exporters if it can export 3 million tons surplus wheat.

Harvests in the 2016/2017 crop season are on track to make the country self-sufficient in wheat for the second year running, the government’s official news website said.

"We are predicting that wheat purchases this year will exceed 10 million tons, which will certainly render the balance between the country’s wheat production and consumption positive and increase wheat stocks,” Hojjati said.

Purchases of wheat at guaranteed prices so far have hit 8.6 million tons, which are 500,000 tons more than the volume bought a year before, he added.

Last year, the government bought 9 million tons of the strategic commodity from domestic wheat growers which did away with the need for imports.