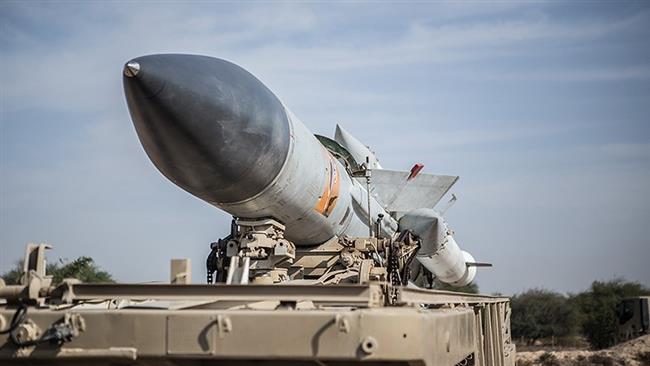 To enable the elimination of the aircraft, which transpired in under a second, the apparatus had to be operated in tandem with the Ofoq (Horizon) Airborne Fire-Control Radar (AFCR).

The maneuvers’ spokesman Second Head of Brigade Abbas Farajpour said -- despite prior warning, which had been issued to foreign and domestic aircraft to avoid the drills’ general area -- aircraft belonging to extra-regional forces had to be warned away again on 12 occasions during the drills.

The maneuvers take place over an area measuring 496,000 square kilometers throughout Iran’s southern, southeastern, and southwestern parts, the skies above which constitute the country’s most frequented ones.

They involve around 17,000 military personnel. They seek to hone coordination among the different divisions of the Armed Forces employed to defend the country’s airspace.

The second day witnessed the recruits practicing high-precision targeting against mock invasive aircraft. It also featured first-ever application of the long-range aerospace telecommunications system named Aseman (Sky), which provided sustainable contact among the elements of the drill over a range of 150 kilometers.
During the first day’s escapades, various defensive apparatuses were successfully scrambled to designated positions in record time. The forces also tried their hands at intelligence gathering and electronic warfare.