An Israeli court has sentenced a Palestinian member of the Knesset (parliament) to house arrest over allegations that he attempted to give cellphones and SIM cards to Palestinian prisoners in Israeli jails. 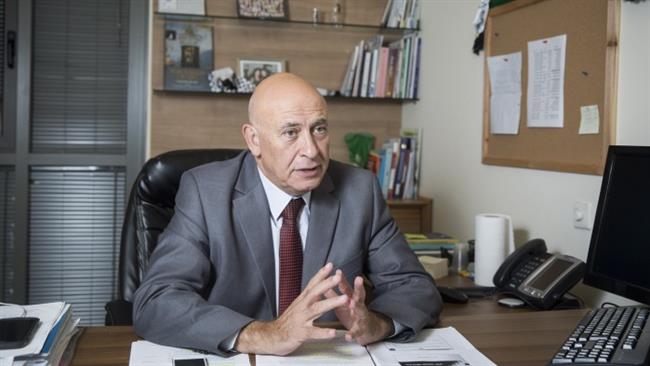 The Rishon LeZion Magistrate’s Court placed Basel Ghattas of the Joint List, a political alliance of four Arab-dominated parties in Israel, under house arrest for 10 days on Tuesday.

Ghattas faces accusations of "conspiracy, fraud and breach of trust” for bringing cellphones and SIM cards to two prisoners.

The Israeli police had requested a 45-day house arrest for Ghattas.

Micky Rosenfeld, Israeli police spokesperson, said the legislator would face a "number of specific restrictions” during his house arrest, and will not be permitted to leave the occupied territories until a final decision is made on the investigation.

"He is not allowed to visit any prisons for the next 180 days either,” Rosenfeld noted.

Ghattas was arrested last week after he surrendered parliamentary immunity for search and arrest. Israeli police raided and searched his office and home in the course of  his arrest.

About 1.7 million Palestinians, who hold Israeli citizenship, are subject to widespread discrimination.

Dozens of activists gathered outside the court in Rishon Lezion on Monday afternoon to express their support for Ghattas. The protesters raised photos of the lawmaker and posters criticizing the Tel Aviv regime. Some of the posters read "No for Politically-Motivated Pursuit” and "Free Basel Ghattas.” 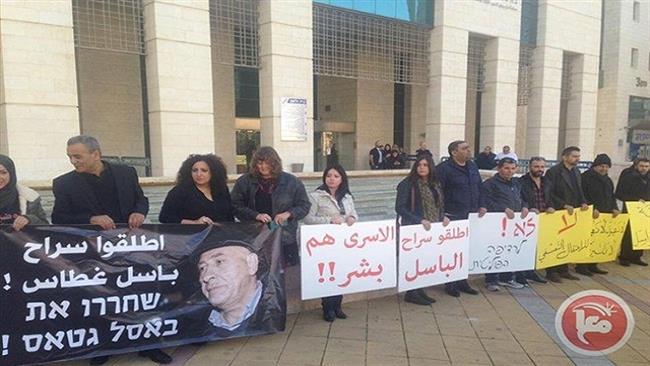 More than 6,500 Palestinians are reportedly held at Israeli jails. Hundreds of the inmates have apparently been incarcerated under the practice of administrative detention, a policy under which Palestinian inmates are kept in Israeli detention centers without trial or charge, subject to indefinite renewals.