In Accordance with directives of Market Surveillance Commission, Iranian Mercantile Exchange (IME) initiated trade of wheat on its export ring on Wednesday, December 8. 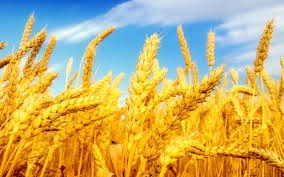 Having grown enough wheat to be self-sufficient, the IME has decided to offer Iran's wheat oversupply on its export ring following the  approval of the Market Surveillance Commission, the IME international affairs and PR reported.

According to an offer notice released on the IME's website, the IME's export ring will be hosting offering of two 10.0000 ton cargos of Durum Wheat produced in Khozestan Province, southwestern Iran, the delivery place of which will be Khozestan's Shoush Warehous and Imam Khomeini Port (FOB).

The former will be traded physically with the maturity date as the 4th of January and the base price will be set for $235.

The latter will be traded physically on the IME's trading floor at $245 dollars as the base price.