A new study has given credence to the hypothesis that our solar system was created as a result of a distant supernova. 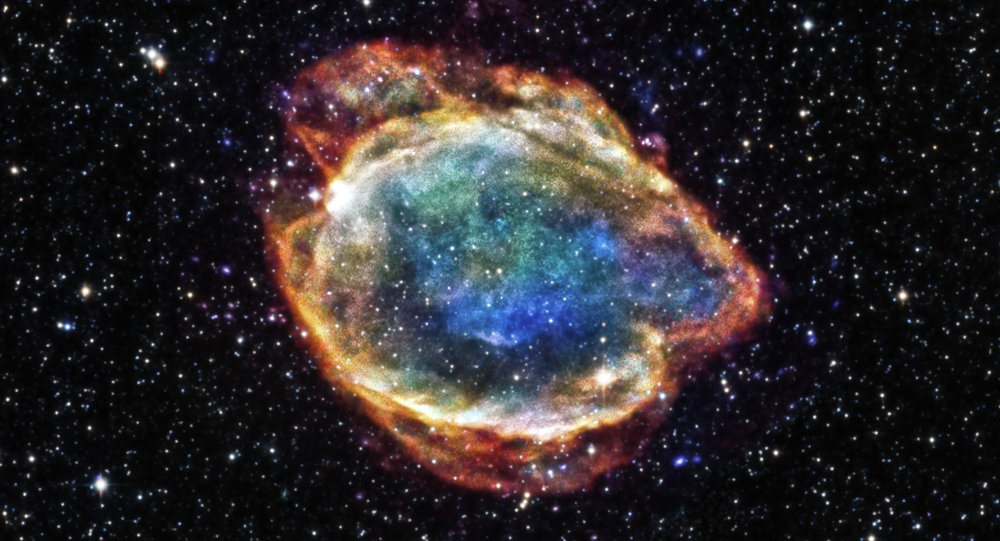 Previously, astrophysicists believed our solar system to have come into existence after a cosmic event "disrupted" a cloud of dust and gas some 4.6 billion years ago, causing much of the dust to gather and become a star.

That star would become our Sun, and the remaining dust would make up the planets, moons, and asteroids that comprise our Solar System.

It was not clear just what this astronomical disturbance was, however.

Since the 1970s, scientists have suspected that the disturbance was a supernova shockwave, but they had no way to prove it.

When a massive star accumulates too much mass, or begins to collapse inward upon itself, it can trigger a supernova, an explosion of energy that can briefly outshine entire galaxies.

Matter from the former star is then propelled outward at high speeds, and the leading edge of the blast is considered to be the shockwave. One sort of matter ejected from the exploding star would be radioactive isotopes, which leave behind an atomic signature that lasts for eons.


But compounds that astronomers discovered while examining ancient meteors did not reveal the kind of isotopes typically found in conventional supernova models.

A new study, led by Yong-Zhong Qian of the University of Minnesota in Minneapolis, claims that one such isotope found in ancient meteorites, beryllium-10, would have been produced by a low-mass supernova (a star no larger than 12 times the Sun's mass). Previously, supernova-modeling has focused on high-mass stars, those 15 times the Sun's mass, or greater.

By modeling low-mass supernovae, Qian discovered that these lesser-studied phenomena can generate isotopes including beryllium-10, as well as others, such as calcium-41 and palladium-107.

Qian pointed out, however, that several isotopes discovered in meteorites would not have come from a low-mass supernova. "I don't think that should be taken as a weakness of our model — it's just that our model cannot explain everything," he told Space.com.

"Our work is a major piece of the puzzle about the solar system's formation, but there are other pieces of the puzzle that should be looked at as well."

Modeling the creation of isotopes in supernovae is done via complex computer simulations that display the formation, life, death, and aftermath of stars, Sputnik reported.

Only state-of-the-art supercomputers can attempt such simulations, such as the Argonne Leadership Computing Facility's Mira, which, at 10-petaflops, is reported to be the sixth-most-powerful supercomputer in the world.