The United Nations said Israel’s demolition campaign against Palestinian homes and structures across the West Bank and East Jerusalem al-Quds reached the most unprecedented level in the past seven years, noting that the Israeli regime has also stepped up restrictions on the movement of Palestinians in the occupied territories. 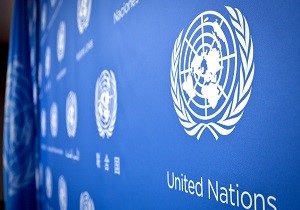 Israeli authorities demolished or seized 1,089 Palestinian-owned structures since the start of the current year up until December 28. The demolitions left some 1,593 Palestinians homeless and affected the lives of another 7,101, according to a Thursday report by the United Nations Office for the Coordination of Humanitarian Affairs (OCHA).

The UN body further announced that the "vast majority” of the Palestinian structures were destroyed or seized because the Israeli policies made it virtually impossible for Palestinians to obtain building permits.

Israeli demolitions of Palestinian homes and structures have raised alarm among diplomats and human rights groups over what they regard as the Tel Aviv regime’s continued violation of international law.

The OCHA report also pointed to Israel's restrictions on Palestinian movement between the besieged Gaza Strip and the occupied West Bank, noting that the Israeli military obstacles across the West Bank rose by five percent this year compared to the preceding year.

A Palestinian man walks toward the Hawara checkpoint near the occupied West Bank city of Nablus in this file photo. (Photo by The Times of Israel)

Tensions have heightened in the occupied territories since August 2015, when Israel imposed restrictions on the entry of Palestinian worshipers into the al-Aqsa Mosque compound in East Jerusalem al-Quds.

More than 270 Palestinians, including children and women, have lost their lives at the hands of Israeli forces since the beginning of October 2015.

The OCHA also stated that Egypt has supported Israel's blockade of the Gaza Strip for the majority of the past three years.

Since June 2007, Gaza has been under an Israeli siege that has caused a decline in the standards of living as well as unprecedented levels of unemployment and unrelenting poverty among Palestinians there.