An aid flotilla organized to deliver food and emergency supplies from Muslim majority Malaysia to Rohingya Muslims is yet to receive permission to enter Myanmar, raising fears of confrontation and deterioration of already-tense ties between the countries. The flotilla will sail from Malaysia for Myanmar's crisis-hit Rakhine State on January 10, the Malaysian organizer said on Friday. It would be carrying 1,000 tonnes of rice, medical aid and other essentials for the Rohingya population. Malaysia has been highly critical of the violent crackdown by Myanmar's government in Rakhine, which has killed scores of people and displaced 30,0000 Rohingya, amid allegations of abuses by security forces. The organizers of the flotilla had applied for permission through Myanmar’s embassy in Kula Lumpur to cross into the Buddhist-dominant country, but have yet to receive a reply, according to the Malaysian Consultative Council of Islamic Organizations secretary general Zulhanis Zainol. “Even if we do not receive a response, we will continue to sail as we believe this is an important humanitarian mission," he said. Myanmar's presidential office, however, said it had obtained no such request, adding that it would “not receive” the flotilla without permission. “If they are looking for trouble, we will not accept that," Zaw Htay, the spokesman for the presidential office. “No non-Myanmar citizens can enter our body of water without our permission. If they do, we will respond - we will not attack them, but we will not receive them." Earlier this month, Malaysia urged the Association of South East Asian Nations (ASEAN) to coordinate humanitarian aid and investigate alleged atrocities committed against Rohingya Muslims. An estimated 150,000 to 200,000 Rohingyas, displaced by violence, live in Malaysia. In an open letter on Thursday to the United Nations Security Council, a group of 23 human rights activists, including Nobel laureates and current and former business and political leaders, criticized Myanmar’s leader Aung San Suu Kyi for failing to ensure human rights for the minority Rohingya Muslims facing persecution in the Buddhist-dominant country. Rakhine has been the scene of communal violence at the hands of Buddhist extremists since 2012. Hundreds of people have been killed and tens of thousands have been forced from homes to live in squalid camps in dire conditions in Myanmar, Thailand, Malaysia and Indonesia. The government in Myanmar denies full citizenship to the 1.1 million Rohingya population, branding them illegal immigrants from Bangladesh. However, the Rohingyas are believed to be a community of ancient lineage in Myanmar. According to the UN, the Rohingyas are one of the most persecuted minorities in the world. The global community has warned Myanmar that the ongoing human rights violations in Rakhine could amount to “crimes against humanity.” (Press TV) 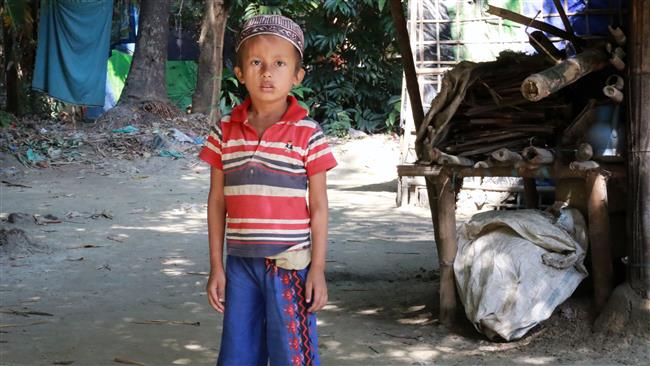