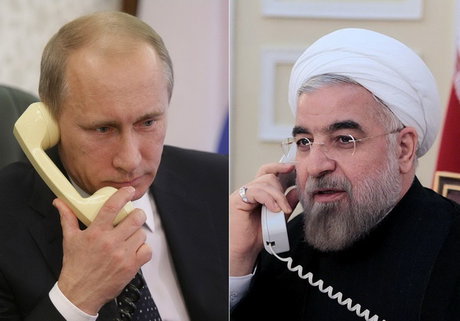 "We hail the ceasefire in Syria which came due to Iran-Russia-Syria cooperation. Moreover, we believe that coordination and consultation of countries are also necessary ahead of Kazakhstan talks,” Rouhani told Putin in the phone call.

He also stressed sending human aid to Syrians, especially cities under terrorists’ seizure, and said, "It is very important to protect the ceasefire after recent victories.”

Putin, for his part, said the ceasefire in Syria is the result of cooperation and consultation of all countries, especially Iran and Russia, seeking peace and calm in Syria, and said, "Our job is protect the achievements and continue joint battle against the international terrorism.”

"We are ready to cooperate with Syrian groups which are willing to take steps in peaceful path. No doubt that we will not allow the ceasefire to include terrorist groups like the ISIL, al-Nusra and similar ones.”

On Thursday, Syrian military has announced a nationwide halt to fighting starting at midnight, in a move that could promote the diplomatic efforts aimed at ending years of Takfiri violence in the Arab state.