Director General of National Museum of Iran announced, extradited antiquities of Iran from Italy which were returned after 9 years will be unveil tomorrow at the National Museum. 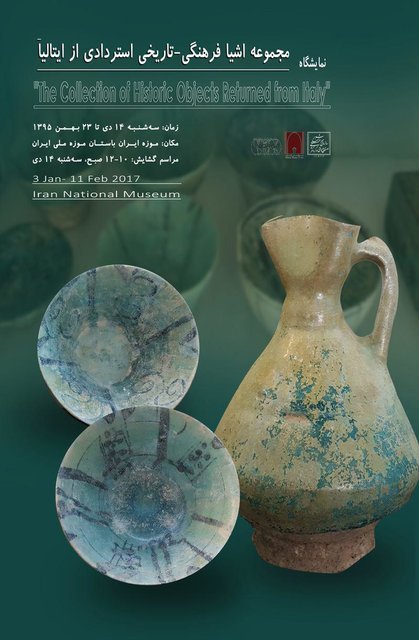 On June 2008 a large collection of archaeological objects was seized by police in Monza city, Italy. Following the investigation, it was determined that the antiquities were bought by a Pakistanis based in Italy from Bangkok and moved to Italy.

Experts of National Museum of Oriental Art in Rome found that these antiquities belong to Iran.
(ISNA)
Share to
Tags
antiquities ، Iran ، Italy
Your Comment