Bangladeshi counterterrorism police killed two militants in a gunfight on Friday, one of them is a prime suspect in a deadly terrorist attack on a cafe in the Bangladeshi capital of Dhaka. 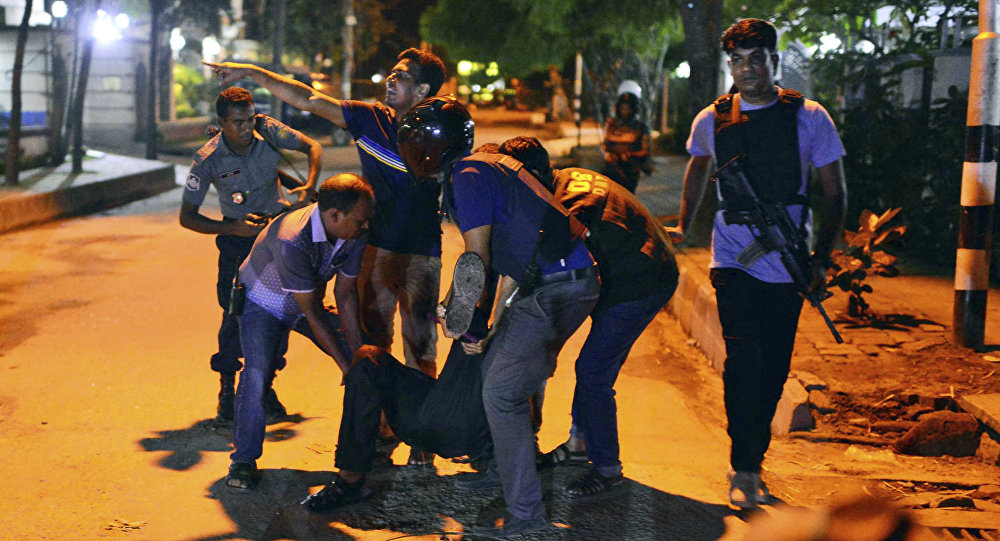 According to the news outlet, the suspect was identified as Nurul Islam Marjan, a commander of the banned group of Jamaat-ul-Mujahideen Bangladesh (JMB). His accomplice was not identified yet.

On July 1, 2016, the militants took hostages inside a cafe located in Dhaka's diplomatic quarter.

A total of 22 people had been killed by the hostage takers before the Bangladeshi security forces began their operation to free the people. The ISIL had initially claimed responsibility for the attack, however the Bangladeshi authorities later accused the JMB of the slaughter.