A severe snowstorm has swept through the East Coast, causing fatal crashes and power outages and threatening blizzard-like conditions for other parts of the US. 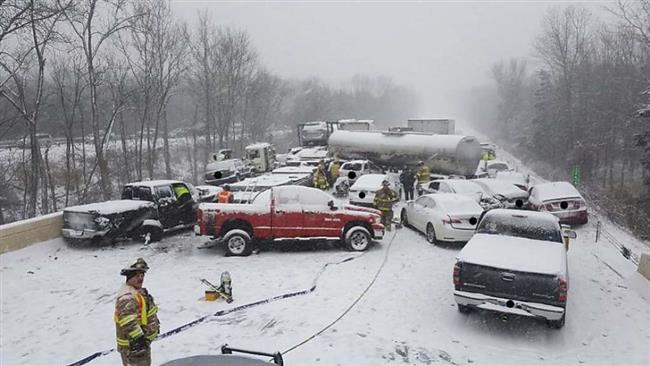 Roads were coated with ice after snow and sleet pounded areas from Mississippi to New England on Saturday, with forecasters saying worse conditions were yet to affect parts of Virginia and the Northeast.

According to the National Weather Service, Boston and the Massachusetts coast could receive one foot and two feet of snow respectively by Sunday morning, while New York and Philadelphia were down for less heavy snow.
North Carolina and southeastern Virginia were affected by blizzard conditions on Saturday. The storm was also responsible for a 20-vehicle pileup on a Connecticut highway.

"If I tell you anything it would be stay home," North Carolina Governor Roy Cooper said. "Do not go out and drive on the roads unless you absolutely have to."

The storm dropped 8 inches or more of snow in Burlington and Roxboro in central North Carolina with official figures showing snowfall totals reached up to 10 inches in at least seven North Carolina cities.

In Tennessee, officers responded to hundreds of crashes starting Friday. In Mississippi, snow has caused some parts of the state to become virtual parking lots as motorists were stuck in traffic. In Atlanta, hundreds of flights were canceled. 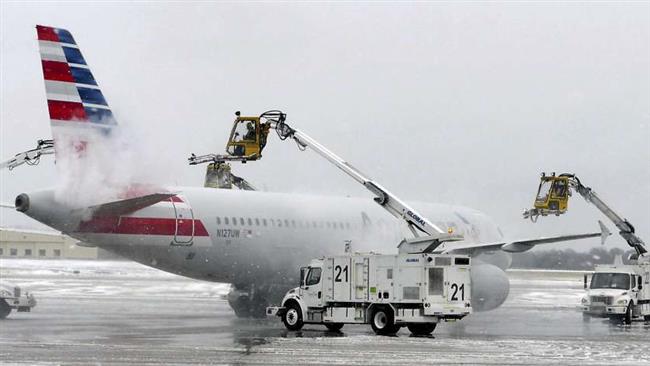 According to police, the bad weather was responsible for at least two deaths in Kentucky and Georgia.

In Kentucky, a man was killed after his pickup truck skidded off a snow-slicked road and a 20-year-old student was killed in Georgia in a crash.