Venezuela’s President Nicolas Maduro has ordered a 50-percent raise in the minimum wage and pensions with the declared objective of helping workers amid an intense economic crisis and soaring inflation. 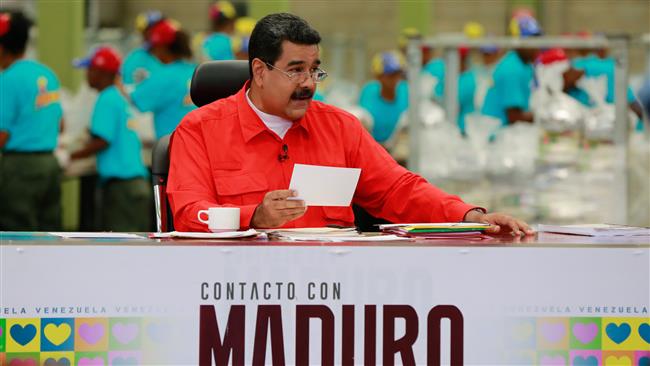 Maduro announced on Sunday that he had decided to raise the minimum wage to 40 bolivars (60 dollars) to help public workers, the armed forces, and pensioners.

"In times of economic war and mafia attacks... we must protect employment and workers’ income,” he said on TV.

The minimum wage of Venezuelans has been increased by a cumulative 322 percent since February 2016.

The Latin American country, which has the world’s highest inflation rate, is facing severe shortages of food, medicine, and basic household goods. In its third year of a deep recession, it is grappling with a high unemployment rate.

Maduro blames the economic crisis on what he says is a US-sponsored ploy, which according to him is aimed at destabilizing the country. 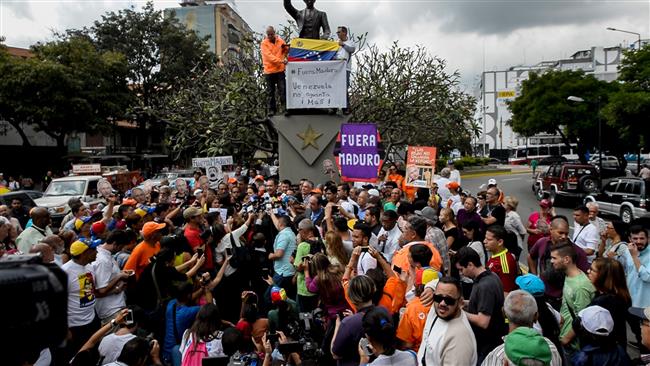 Opposition groups, however, criticize the president for his economic mismanagement. They say constant minimum wage raises are proof of his policy failures.

After the Sunday announcement by Maduro, the main business association in Venezuela claimed that the latest wage hike could force small businesses to close.

Opposition lawmaker Jose Guerra also criticized the government’s decision, saying the Central Bank would print more money to pay for the rise, a move that he said would further increase inflation. Opposition leader Julio Borges has previously accused the government of trying "to keep power at whatever price.”

The opposition has been calling for the resignation of Maduro, who was elected in 2013 for a six-year term. There have been protests for and against the Venezuelan president in recent months.
(Press TV)
Share to
Related News
Venezuelan supreme court restores power to national assembly
Tags
Venezuela ، Nicolas Maduro ، wage
Your Comment