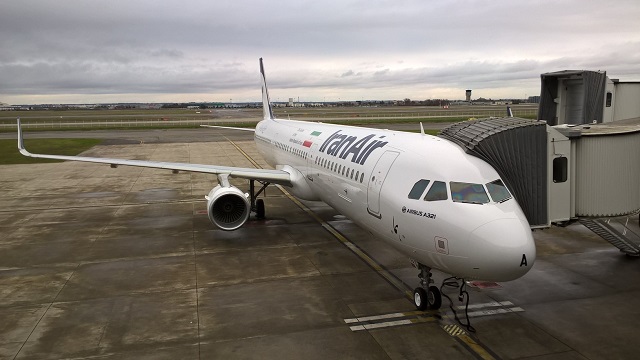 Iran Air Chairman Farhad Parvaresh took delivery of the new A321 in Colomiers near the French city of Toulouse on Wednesday.

"Today marks a great day for this company as well as the relation between Iran and the European Union," Parvaresh said at a ceremony to take delivery of the plane.

Parvaresh said that Iran Air hoped to receive "at least two more from Airbus" by the start of the Iranian new year in March, and a total of six A320 aircraft in 2017.

Under the nuclear deal, dubbed the Joint Comprehensive Plan of Action (JCPOA), Iran undertook to put restrictions on its nuclear program in exchange for the removal of nuclear-related sanctions imposed against the country, Presstv reported.