Philippine protesters ask Duterte to stay away from Trump

Left-wing and Muslim activists have urged Philippine President Rodrigo Duterte in a protest to keep his promise of charting a foreign policy independent of America by staying away from Donald Trump when he becomes president. 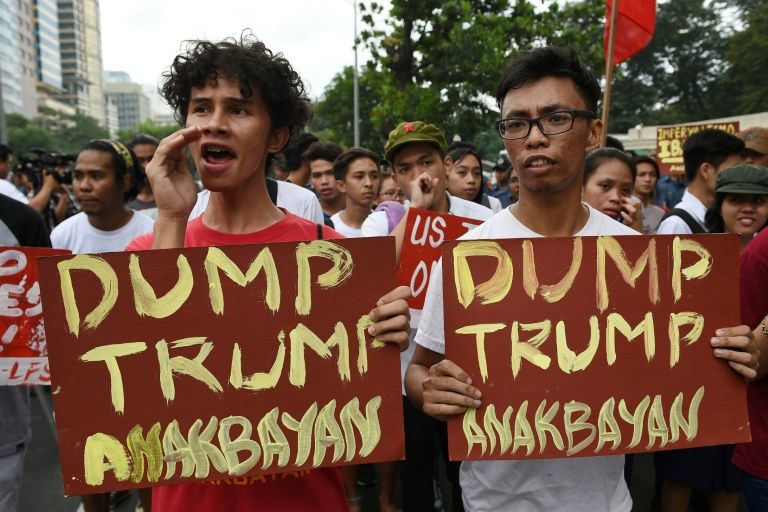 The more than 200 protesters in front of the U.S. Embassy in Manila pressed their call Friday for an end to the presence of American troops in the country, saying they find Trump more alarming than Barack Obama because of his offensive remarks against immigrants and Muslims.

Duterte has been antagonistic to Obama for criticizing his deadly crackdown against illegal drugs but congratulated Trump in a phone call. He sent two top aides to attend Trump's inauguration, AP reported.