Iranian Foreign Minister Mohammad-Javad Zarif warned that the country will have options if Trump annuls the nuclear deal. 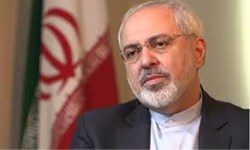 Zarif said that Iran does not have any concerns about decisions of the new US president. "Iran will have options if Trump annuls the JCPOA,” he told reporters on the sidelines of the Organization of Islamic Conference (OIC) extraordinary session on Myanmar in Kuala Lumpur.

"We believe that it will be in favor of all sides to abide by the agreement. More importantly, it is not a bilateral agreement between Iran and the US. It is an international one.”

Asked about Iran’s possible steps concerning Trump administration’s withdrawal from the nuclear deal, he said, "President Trump likes being surprised and we will surprise him.”

Trump had vowed to withdraw from the JCPOA or restart talks about it during his presidential campaign.

The UN, EU and other key players of the nuclear deal however have supported Iran’s deal.

Speaking at Wednesday's meeting of the council, UN Under-Secretary-General for Political
Affairs Jeffrey Fletman briefed the council on its Resolution 2231 which endorsed the Joint Comprehensive Plan of Action (JCPA) signed by Iran and the P5+1 group of countries in 2015.

Feltman described the nuclear agreement as "a good example of how multilateral diplomacy, political will and perseverance can resolve the most complex issues.”

"It is imperative that its participants, the United Nations and the broader international community continue to support the full implementation of this historic multilateral agreement for its full duration,” he said.

Feltman said Iran has not received any unauthorized nuclear-related items since the agreement was signed, adding that no information was received regarding Iranian ballistic missile activities in violation of the resolution.

In a Wednesday statement read by the EU ambassador to the UN, EU foreign policy chief Federica Mogherini, who facilitated the nuclear JCPOA, lauded the deal as "a major achievement” and said all participants have fulfilled their commitments.

Mogherini pointed to "a staggering 63 percent” growth in EU-Iran trade in the first three quarters of 2016 as an example of the results of removal of bans against Iran.

US President-elect Donald Trump threatened during his election campaign that he would "tear up” the Joint Comprehensive Plan of Action (JCPOA) or try to renegotiate its terms if elected president. He has also referred to the nuclear agreement as "the worst deal ever negotiated."

Mogherini said in an interview on Wednesday that the JCPOA is neither unilateral nor bilateral, meaning that it cannot be renegotiated by one party alone. "So it is a multilateral framework and we are ready protect and to preserve it,” she added.

On Tuesday, Iranian President Hassan Rouhani also stressed that any manner of negotiations on the JCPOA would be meaningless.