Tankers: Iranian VLCCs to call at Rotterdam for first time since sanctions end

Two Iranian VLCCs will call into Rotterdam for the first time to deliver close to 4 million barrels of crude next month, after five years, according to trade sources and S&P Global trade flow software cFlow. 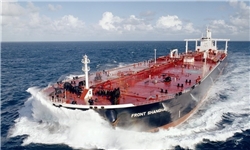 The crude cargoes are being delivered by Iran's NIOC to Shell at Rotterdam, sources with knowledge of the matter said.

A spokesman for Shell said the company "can't comment on shipments for commercial reasons."

When reached for comment on the Huge and Snow, Iranian shipping company NITC's commercial director, Nasrollah Sardashti, told Platts: "We used to trade with big oil majors in the past. As we have good modern ships and offer professional service, we are back in full force now to gain our markets share in tanker shipping."

He added that prior to the sanctions, 20% of NITC's business came from carrying Iranian cargoes, with 80% moving international cargoes.

The latest shipments are significant given that NITC tankers are now being accepted at international ports, with these vessels receiving Western insurance cover, reputed flags of convenience, approvals and certification from the International Association of Classification Societies after the sanctions.

Currently, both the Panama-flagged Iranian VLCCs are located in the South Atlantic, after passing through the Cape of Good Hope, according to cFlow.

The Huge and the Snow have protection and indemnity cover from the UK-based West of England, which is part of the 13-member International Group of P&I Clubs.

NITC is considered to be one of the world's largest tanker companies, with a fleet of 65 tankers and gas carriers amounting for a total of 15.5 million dwt capacity. Along with crude, the company is also a big transporter of LPG and refined petroleum products.

In 2012, the EU banned imports of Iranian crude by its member countries and also the provision of EU-linked insurance, including protection and indemnity cover for any shipments of Iranian crude, regardless of destination.

The insurance ban had a significant impact beyond Europe because most key shipping cover across the world was tied back to EU insurers at the time.

P&I Clubs provide insurance cover for broad, indeterminate risks such as third-party liabilities, which include a carrier's liability to the owner of a cargo for damage to the cargo, the liability of a ship after a collision, environmental pollution and war risk insurance.

Iran is targeting oil production of 4 million b/d by the end of this Iranian year (March 20, 2017), supported by plans to launch its first hydrocarbon bid round using a newly revised upstream contract in October. The Iranian oil ministry had said that in September 2016 the oil production had reached 3.85 million b/d.