Americans standing by refugees, speaking out against Trump: Activist

The American nation is “speaking out” against US President Donald Trump over his “undemocratic” ban on seven Muslim-majority countries, says an activist with the Answer Coalition. 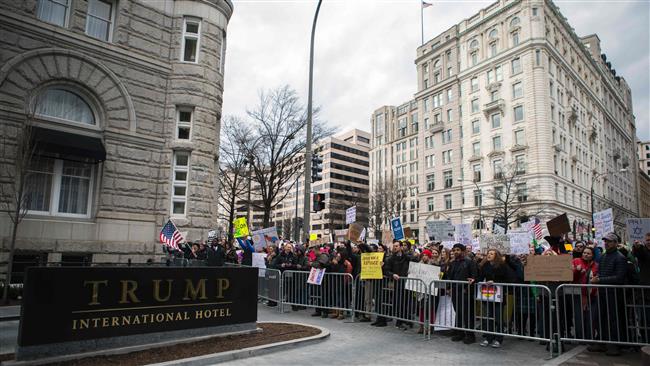 Ruth Beltran made the comments during a Press TV interview on Sunday as massive rallies were being held across the country.
"We the people are outraged at the political violence that‘s being perpetrated against our Muslim brothers and sisters here in the United States,” said the Florida-based activist. 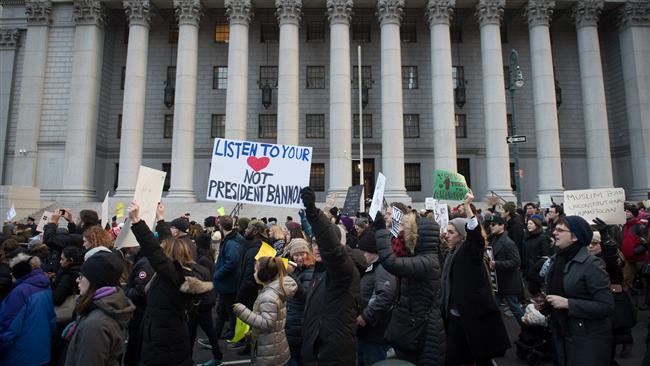 Tens of thousands joined rallies across the country on Sunday to decry the new president’s entry ban on nationals of seven-Muslim majority countries, issued via an executive order on Friday.
"It is undemocratic to target people based on their religion and based on their nationalities and countries that they come from,” Beltran asserted, vowing to continue protesting the decision.

She further voiced gratitude that "people all over the country are coming out and speaking out in gatherings and resisting what’s being done by the Trump administration.”
"So we are seeing that the people do not support this ban; the people stand with immigrants and refugees,” she added. 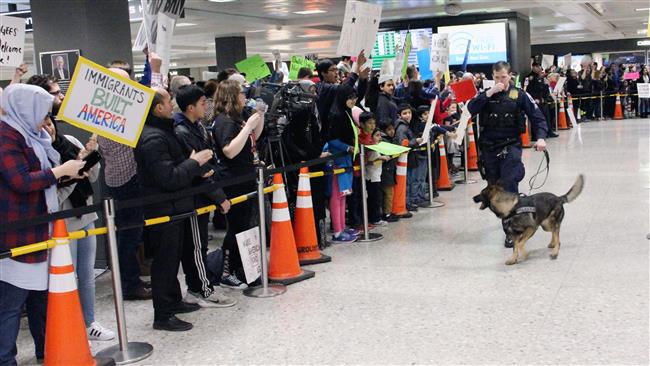 In the run-up to the 2016 presidential election, Trump clearly said in a policy proposal that he wants a "complete” ban on Muslims entering the country.