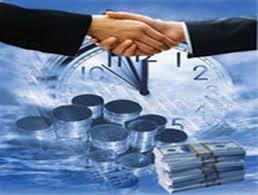 He said Tehran is trying to pave the way for foreign companies participation in Iranian projects and sharing industrial expertise.

He said permit has been issued for attracting $1.1 billion investment in Tehran.

He continued that a South Korean company has announced that it would provide $5 billion finance for 1000 beds in hospitals.

Iran is in talks with Germany for generating power and renewable energies.