SpaceX announces plans for sending tourists to Moon in 2018

SpaceX has announced that it plans to take two tourists on a flight around the Moon in 2018, says CEO Elon Musk. 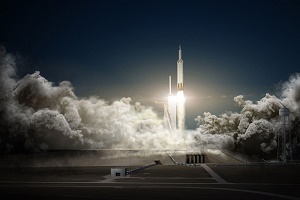 Musk made the announcement on Monday, while noting that the two private citizens will begin training for their trip late in the year.

"We’ve been approached to do a crewed mission beyond the moon from some private individuals… they’re very serious about it. We plan to do that, probably in the fourth quarter of next year. That would be on a Dragon 2 spacecraft and a Falcon Heavy rocket, which is due to do its maiden launch this summer,” he said.

He added that 2018 will be a "big year” for taking people to the International Space Station and even beyond.

Musk said that the trip will probably take about a week and that its course would be across the Moon’s surface and then into deeps space before returning to Earth.

"Like the Apollo astronauts before them, these individuals will travel into space carrying the hopes and dreams of all humankind, driven by the universal human spirit of exploration," said SpaceX in a post on its website.