The Netherlands has barred a plane carrying the Turkish foreign minister from landing to drum up support for an April referendum in Turkey, saying the trip was be a threat to public order. 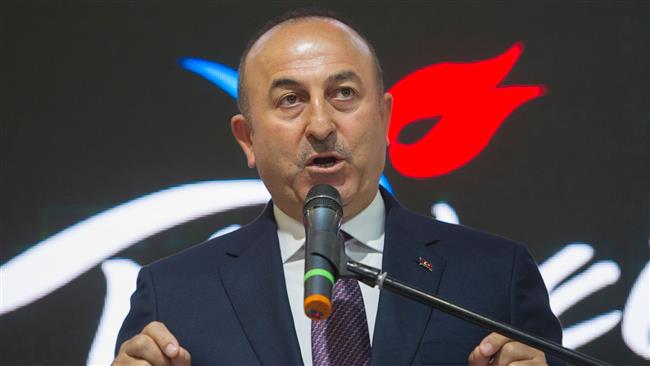 Dutch Prime Minister Mark Rutte on Saturday said Turkey’s call for a massive rally had upset discussions under which his Turkish counterpart Mevlut Cavusoglu would have been allowed to enter the European country.
The ban came despite Ankara’s threat of sanctions against Amsterdam if the Dutch government canceled Cavusoglu’s visit.
Turkish President Recep Tayyip Erdogan lashed out at the decision, saying the ban was reminiscent of Nazism and pledged to retaliate, Presstv reported.
Cavusolgu had told CNN Turk earlier in the day, "I am going to Rotterdam today, if the Netherlands cancels my flight permit, our sanctions to the Netherlands would be heavy.”
The Dutch premier slammed the threat of sanctions, saying such a move "made a reasonable solution impossible.”
Cavusoglu denounced "fascist practices” by the Dutch government against rallies aimed at gathering support among Turkish citizens in the Netherlands in the April 16 referendum on giving executive powers to Erdogan.
Amsterdam had previously expressed opposition to Ankara’s plans for holding a referendum rally there. Germany has also canceled two Turkish ministers’ plans for rallies.
During the Saturday interview, the Turkish foreign minister said German and Dutch bans on campaigns for a ‘Yes’ vote in the upcoming referendum on constitutional changes means that Europe is "taking a side for a ‘No’ vote.”
On February 10, Erdogan approved a bill earlier adopted by the parliament that will change the country’s political system into a presidential one if approved in the referendum.
The European Council said the amendments would give the president "the power to dissolve parliament on any grounds whatsoever, which is fundamentally alien to democratic presidential systems.”
The president would be able to serve for a maximum of two five-year-long mandates.
That means Erdogan could end up staying in office for two more terms until 2029, with the next elections scheduled for 2019.
The new constitution would also reportedly pave the way for the abolition of the post of prime minister, in which Erdogan served from 2003 until 2014, and enable the appointment of vice presidents. It would also empower the president to hire and fire ministers.
The proposed constitutional changes have been met with widespread protests across the country, with critics claiming that the ruling party is using last year’s botched putsch to expand Erdogan’s authority and crackdown on opposition.
More than 250 were killed during the coup on July 15, when a group of army soldiers and police officers attempted to oust Erdogan. After suppressing the coup, Erdogan ordered a massive crackdown, which has seen more than 40,000 people jailed and some 110,000 others discharged from their jobs.