TEHRAN, March 13, YJC - Turkey has summoned the Netherlands' envoy to formally complain about the treatment of Turkish diplomats over the weekend as well as the excessive use of force against demonstrators in an ensuing protest. 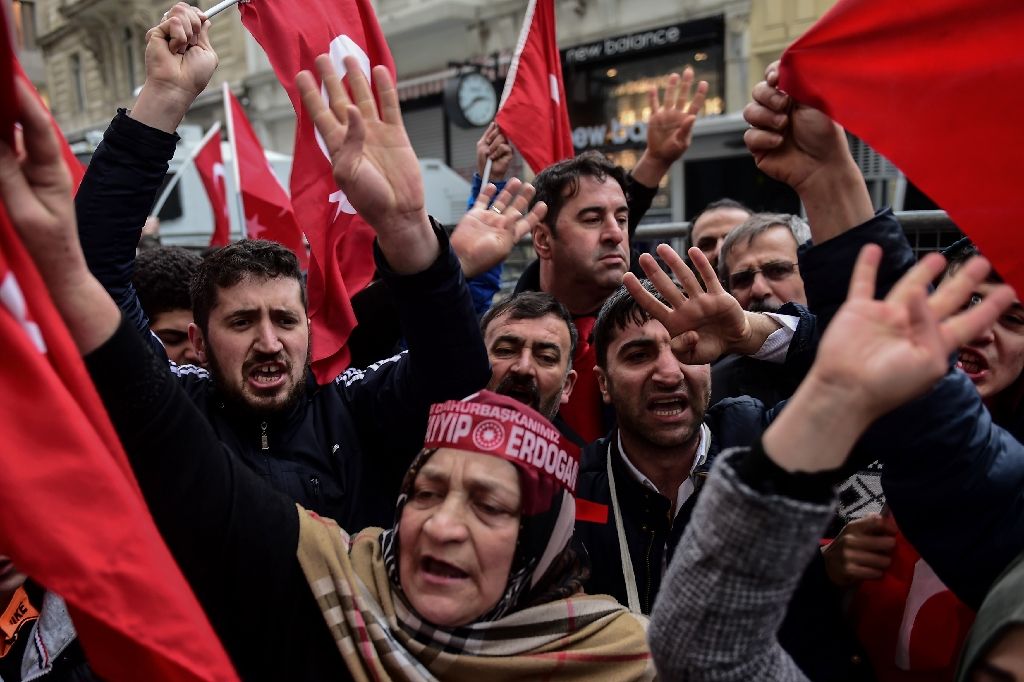 TEHRAN, Young Journalists Club (YJC) - The Foreign Ministry said the Dutch Embassy's Charge D'affaires, Daan Feddo Huisinga, was handed two formal protest notes on Monday by a senior official.
The first note protested against what it called practices that violate international conventions, diplomatic courtesy and immunities.
The ministry said it also sought a written apology from Dutch authorities for the treatment of its family minister and diplomats, noting the envoy was told that Turkey reserved the right to seek compensation.
The second note complained about the "inhumane and derogatory" treatment of supporters of President Recep Tayyip Erdogan who had gathered outside Turkey’s Consulate in Rotterdam.
Dutch authorities banned two ministers from campaigning for Turkey’s April constitutional referendum which seeks to extend Erdogan's powers.
The note complained that "disproportionate force" had been used against "people using their right to peaceful gatherings."
Turkey has summoned the Dutch diplomat three times after the Netherlands barred Foreign Minister Mevlut Cavusoglu's plane from landing in Rotterdam and expelled Turkish Family Minister Fatma Betul Sayan Kaya on Saturday.
The Dutch ambassador to Ankara is on leave and Turkey has said it does not want him to return "for some time."
Netherlands issues Turkey travel warning
As the tensions escalated, the Netherlands issued a new travel warning for Turkey, urging Dutch citizens there to take care.
"Since March 11, 2017, there have been diplomatic tensions between Turkey and the Netherlands. Stay alert across the whole of Turkey and avoid gatherings and crowded places," the Foreign Ministry said on Monday.
It warned that there was a safety risk in traveling to Turkey, advising citizens to register with the ministry ahead of travel.
"Across the whole country, there is a high risk of terrorist attacks," the ministry noted, particularly warning against travel to areas bordering Syria and Iraq.
Erdogan has warned that the Netherlands will "pay the price” for its "shameless” treatment of Turkey’s ministers.
Germany: No future 'free pass' for Turkish politicians
Chancellor Angela Merkel's chief of staff said on Monday that while his country has not issued a ban on campaign appearances by Turkish politicians, that isn't a "free pass" for the future.
"So far, in the last 60 years of our history, we repeatedly refrained from such entry bans for countries such as, for example, the Soviet Union, China and others with whom we were in the Cold War," Merkel's chief of staff, Peter Altmaier, said.
However, he noted that "This is not a free pass for the future."
Several German municipalities canceled rallies by Turkish ministers campaigning for a "yes” vote in the April referendum.
German Finance Minister Wolfgang Schaeuble said that the dispute with Turkey over the campaign for the referendum and the arrest of a German-Turkish journalist made working on economic aid difficult.
"In these circumstances, it is of course extremely difficult to continue working on that," Schaeuble told Germany's ZDF public broadcaster.
"We don't want to escalate it. We only want Turkey to return to reason," he added.