TEHRAN, March 27, YJC - Kuwait has expressed optimism about the potential launch of talks between the Persian Gulf Arab states and Iran, after the emirate and Tehran took a number of goodwill steps in that direction. 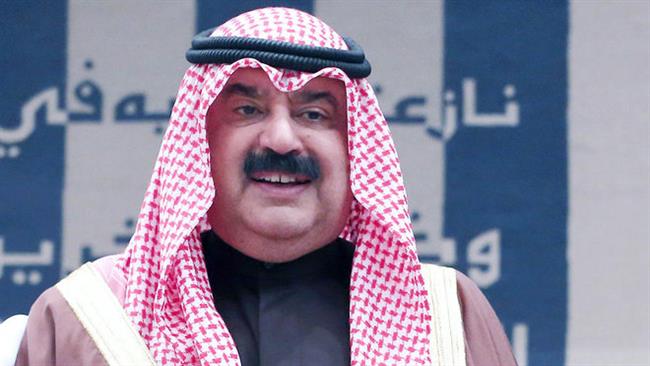 TEHRAN, Young Journalists Club (YJC) - Deputy Foreign Minister Khaled al-Jarallah made the remarks to reporters on the sidelines of a ceremony at Bangladeshi Embassy in Kuwait City on Sunday, the official Kuwait News Agency reported.
A ministerial meeting of the Persian Gulf Cooperation Council (GCC), a body of regional Arab states, would address the issue of potential dialog with Iran on Thursday, he added.
He also said his country had informed leaders of other Persian Gulf states of the content of a recent message relayed to the emirate by the Islamic Republic.
The official message by President Hassan Rouhani was submitted by Iranian Ambassador Alireza Enayati to Kuwaiti Foreign Minister Sheikh Sabah Al Khalid Al Hamad Al Sabah on March 13.
The top Kuwaiti diplomat visited Tehran in late January, bearing a message from the GCC. The message reportedly described a "basis of dialog” between the organization’s Arab states and the Islamic Republic.
Following the Kuwaiti foreign minister’s Tehran trip, President Rouhani made a short visit to Kuwait and Oman.
Relations between Tehran and some of the countries have suffered over the past two years amid reciprocal accusations of involvement in regional conflicts, most notably in Syria and Yemen.
Tehran has denounced Saudi and Qatari support for Takfiri militants as well as Riyadh’s two-year war on Yemen. The kingdom, on the other hand, has been critical of Iran’s support for Syria in its war on militants and accused Tehran of supporting Houthi fighters in Yemen, which the Islamic Republic denies.
Saudi Arabia severed its diplomatic ties with Iran last January after angry protests were held outside its diplomatic missions in the Islamic Republic against the kingdom’s execution of top Shia cleric Nimr al-Nimr. Bahrain followed suit and several other Riyadh allies downgraded their ties with Iran, Presstv reported.
However, the Islamic Republic has welcomed the prospect of détente, with Foreign Minister Mohammad Javad Zarif saying on February 7 that Iran was ready for cooperation with all countries, especially its neighbors.
Share to
Related News
Envoy: Iran-Persian Gulf Cooperation Council ties growing
Iran’s Rouhani sends letter to Kuwaiti Emir
Rouhani to visit Oman, Kuwait Wednesday
Kuwaiti FM stresses removing misunderstanding among regional countries
Kuwaiti FM to carry Emir message for Rouhani
Tags
Iran ، Kuwait ، Arab countries
Your Comment