TEHRAN, March 28, YJC - German exports to Iran rose by 26 percent last year and by more than 30 percent in January alone, an economist at Germany's Chamber of Commerce and Industry (DIHK) said, as trade between the two countries picks up after sanctions were lifted. 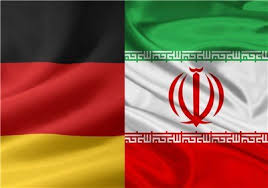 Exports of German goods accounted for 2.6 billion euros of that amount.

DIHK foreign trade economist Volker Treier told Reuters he was sticking to the aim of boosting trade in goods between Germany and Iran to 5 billion euros by the end of 2018.

"With these growth rates, that's certainly achievable," he said, though he added that a previous prediction of trade volume reaching 10 billion euros within 10 years would probably take longer.

"It's a stable upswing," he said. "But it's not the great success of which we dreamed and of which we are still dreaming."
Treier said part of the problem was that hardly any major banks want to get involved in projects and business with Iran due to some U.S. sanctions that remain in place.

German banks in the United States risk fines by breaching such restrictions.

Treier said few German companies were doing business in Iraq, Iran's war-battered smaller neighbour, and it would take years for many others to do so, adding that the future prospects there were also "meagre".