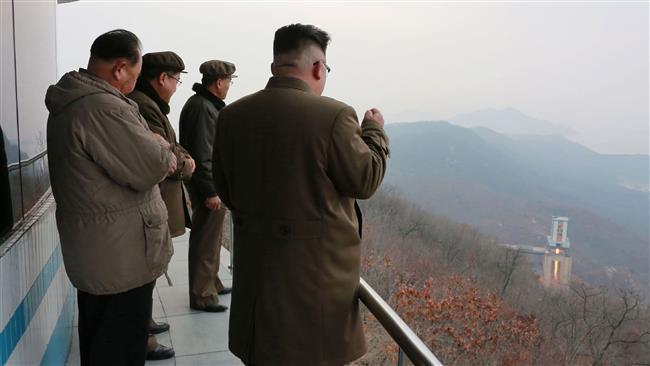 TEHRAN, Young Journalists Club (YJC) - Western media on Monday quoted several US officials, who spoke on condition of anonymity, as saying that the test took place on Friday night and the engine could possibly be used in an intercontinental ballistic missile (ICBM).
North Korea has not commented on the US announcement yet.
The alleged rocket engine test followed a similar test earlier this month. If confirmed, it comes amid Pyongyang’s mounting worries over joint drills between its longtime adversaries South Korea and the US in the region.
North Korean officials believe the drills are practice for a future invasion of their country, which is technically still at war with the South.
North Korea has threatened to take strong, possibly nuclear, counteraction if its sovereignty is violated during the drills, which were launched on March 1.
The military exercises are conducted annually. Earlier this month, USS Carl Vinson joined the drills. South Korean officials say US special troops are also set to take part in the exercises.
"As long as the US and South Korea’s troops and means… remain in and around South Korea, they should keep in mind that our military will carry out annihilating attack at anytime without any prior warning,” said a statement carried by North Korean broadcaster KCTV on Sunday.
Earlier this month, North Korean leader Kim Jong-un said his country had conducted a test of a new high-thrust engine at its Tongchang-ri rocket launch station, saying it was "a new birth” of its rocket industry.
At the time, North Korea’s official media said the engine would help the country achieve world-class satellite launch capability.
North Korea has been testing rocket engines and heat-shields for an ICBM while developing the technology to guide a missile after re-entry into the atmosphere following a liftoff, experts have said.
Once fully developed, a North Korean ICBM could reach the continental United States, which is around 9,000 kilometers from the North. ICBMs have a minimum range of about 5,500 km, but some are designed to travel 10,000 km or farther.
Meanwhile, the new administration of US President Donald Trump is struggling to formulate a coherent policy vis-à-vis North Korea. Compared to the former administration of president Barack Obama, Trump’s team has been seemingly less obsessed with North Korea in its first months in office.
On a trip to East Asia, US Secretary of State Rex Tillerson said decades of US policy to denuclearize North Korea had failed and there was the need for a "new approach.”
While he did not clarify what he meant, he did say that the military option remained "on the table” against Pyongyang. He also said the North Korean people and leaders "need not fear” the US, Presstv reported.