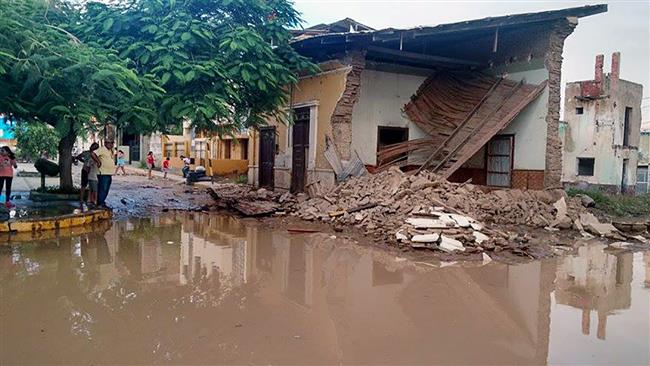 TEHRAN, Young Journalists Club (YJC) - That was nearly double the 94 billion disasters cost in 2015, the world's number two reinsurer said, adding that only about 30 percent of last year's losses were covered by insurers.
At the same time, the human cost of disasters was far lower, with some 11,000 people dying or going missing in catastrophic events in 2016, down from 26,000 a year earlier.
The global insurance industry meanwhile covered $54 billion of the total losses last year -- up 42 percent from 2015, Swiss Re said.
Both the economic and the insured losses hit their highest level since 2012, due to the soaring number of disasters, the Swiss company said.
Globally, there were 327 disaster events in 2016, of which 191 were natural catastrophes and 136 were man-made, it said.
The earthquakes on Kyushu Island in Japan in April, which killed around 50 people, inflicted the heaviest economic losses last year, raking up a bill of between $25 billion and $30 billion.
Only about $4.9 billion of that was meanwhile covered by insurers, Swiss Re said.
Devastating earthquakes also hit a number of other countries, including Ecuador last April.
That quake killed 673 people, and caused economic losses of some $4.0 billion -- only $500,000 of which was insured.
North America, where insurance penetration is high, accounted for more than half of global insured losses, Swiss Re said, pointing to record number of severe storm events in the United States.
A massive hail storm that struck Texas last April was the costliest event for insurers, who covered 86 percent of the total $3.5-billion-bill.
Raging wildfires in Canada in May and June last year meanwhile caused economic losses totaling $4.0 billion -- 70 percent of which was covered by insurers.
Hurricane Matthew -- the first category 5 storm to form over the North Atlantic in nearly a decade -- caused the largest loss of life of any single event last year, killing more than 700 people, mainly in Haiti.
The hurricane, which touched down last October, caused $12 billion in economic losses, only a third of which was covered by insurers, Swiss Re said.
Floods also proved costly in many parts of the world. In China, flooding along the Yangtze River basin last July raked up $22 billion in costs, making it the costliest flooding there since 1998.
But insurers covered just around $400,000 of those losses.
That compares to the floods that hit France, central Germany and Belgium in May and June, where insurers covered $2.9 billion of the $3.9 billion in total losses, Presstv reported.