TEHRAN, March 29, YJC - Britain launched the process to leave the European Union Wednesday, saying there was "no turning back" from the historic move that has split the country and thrown the bloc's future into question. 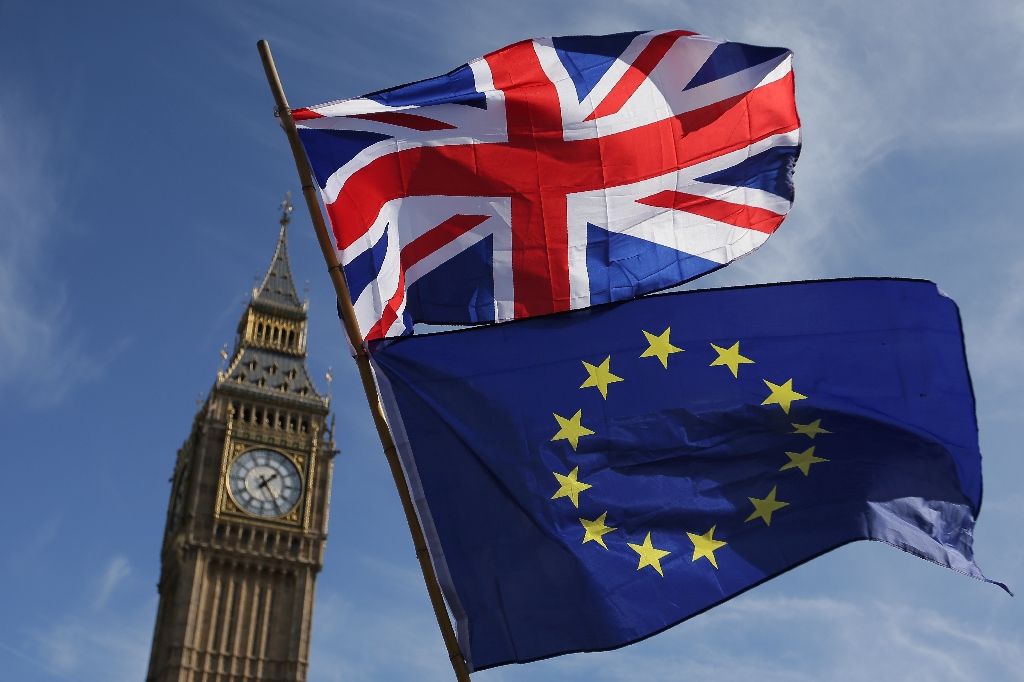 TEHRAN, Young Journalists Club (YJC) - Just days after the EU's 60th birthday, Britain became the first country ever to seek a divorce from the 28-nation bloc, striking a blow at the heart of an alliance forged from the ashes of World War II.
"This is an historic moment from which there can be no turning back," Prime Minister Theresa May told MPs.
Nine months after the shock referendum vote for Brexit, Britain triggered Article 50 of the EU's Lisbon Treaty, starting the two-year countdown to leaving.
"We already miss you," EU President Donald Tusk said in Brussels, after receiving the letter formally notifying him of Britain's intention to leave.
But French President Francois Hollande warned that Brexit "will be painful for the British".
The EU is determined to preserve its unity and has said that any Brexit deal must not encourage other countries to follow Britain out of the door.
The six-page letter, signed by May and delivered in person by British ambassador Tim Barrow in Brussels, struck a conciliatory tone and called for a "deep and special partnership" with Brussels.
May emphasized in particular the importance of security ties, warning that failure to reach an agreement would mean "cooperation in the fight against crime and terrorism would be weakened".
She confirmed her intention to seek a new relationship and a new trade deal in the next two years, and said a no deal scenario was "not the outcome that either side should seek".
The letter sets the stage for months of protracted and difficult negotiations -- not just on trade, but also over outstanding bills and immigration.
German Foreign Minister Sigmar Gabriel acknowledged that the talks would "certainly not be easy for both sides".
While the EU scrambles to contain the fallout from Britain's departure after four decades of membership, May is also battling to keep her deeply divided nation together.
The June vote for Brexit was only won by a narrow 52-48 margin, and many Britons still oppose leaving, while Scotland's nationalist government is now calling for a fresh referendum on independence.
"As we face the opportunities ahead of us on this momentous journey, our shared values, interests and ambitions can -- and must -- bring us together," May told MPs.
It could be weeks before formal talks start, as the leaders of the other 27 EU nations will meet on April 29 to forge their response, AFP reported.
In her letter, May repeated that the vote for Brexit was not intended to harm the EU.
But Tusk said: "In essence this is about damage control."
As with many divorces, negotiations could rapidly turn nasty over money.
The priority is settling Britain's outstanding bills, estimated at between 55 and 60 billion euros ($59-65 billion) -- an early battle that could set the tone for the rest of the talks.
"That will be the first bone of contention," said Anand Menon, European politics professor at King's College London, warning that discussions over the money may undermine Wednesday's conciliatory tone.
Both sides also want to resolve the post-Brexit status of more than three million European nationals living in Britain, and one million British expats in the EU.
Forging a new trade agreement and tensions in Northern Ireland -- which will have the UK's only hard border with the EU -- will also cause major headaches.
Many business leaders are deeply uneasy about May's decision to leave Europe's single market, a free trade area of 500 million people, fearing its impact on jobs and economic growth.
The Brexit vote sent the pound plunging, although the economy has been largely stable since then.
"The polite opening to negotiations has helped suppress volatility and limit market reaction," said Kathleen Brooks, City Index analyst.
Share to
Related News
French Guiana faces shutdown call after protests
Europe takes issue with Israel’s new settlement plan
UK should pay tens of billions fees to EU by 2020
Brexit process officially launched
Theresa May in battle to keep Scotland in UK, Britain out of EU
Sterling slips as Brexit talks get green light, stocks advance before Fed
UK minister tells lawmakers not to delay Brexit
EU unveils new ideas to ensure unity as UK prepares to leave
Tags
UK ، Brexit ، EU
Your Comment