TEHRAN, March 30, YJC - A Bahraini regime court has summoned a minor to stand trial for participation in a pro-democracy protest rally. 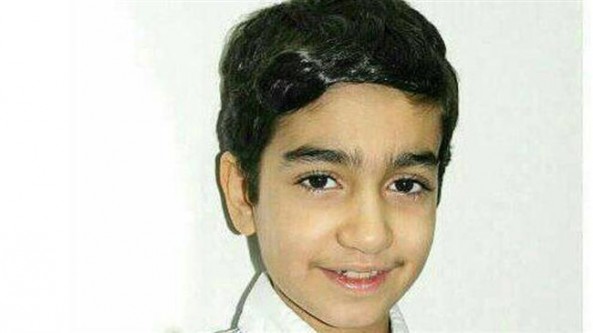 TEHRAN, Young Journalists Club (YJC)- Ali Naim Marhoun, 10, was summoned to a court on Sunday after the Public Prosecution filed a lawsuit against the child, who has not yet reached legal age.
Ali’s mother said that other children, too, who were all still very young, had been summoned along with Ali to the Minor Criminal Court to stand similar charges.
Ali’s brother, who is a political activist, has been sentenced to 15 years in prison by the Bahraini judiciary.
Another minor summoned to the court on Sunday over "illegal assembly” was Hussein Marhoun, 16. He was handed a four-month imprisonment sentence by the Bahraini regime court.
A Bahraini rights group revealed last month that the regime in Manama had detained scores of children taking part in protest rallies against the ruling Al Khalifah monarchy. According to a report released by the Bahrain Center for Human Rights (BCHR), there were 187 children among those
arrested by regime forces in 2016.
In 2016, the Bahraini judiciary issued 91 life sentences and four death penalties, while the citizenship of 204 people was revoked, the BCHR added.
Last month, rights group Amnesty International warned the Manama regime about an imminent human rights catastrophe in the country, which is notorious for its systematic and harsh crackdown on pro-democracy demonstrators.
"Bahrain is at a tipping point. The first two months of 2017 alone saw an alarming upsurge in arbitrary and abusive force by security forces as well as the first executions since the uprising in 2011,” said Amnesty International’s Beirut office Deputy Director Lynn Maalouf.
Anti-regime protests have been held in Bahrain on an almost daily basis ever since a popular uprising began in the country in 2011. Manama has gone to great lengths to silence dissent.
In March 2011, troops from Saudi Arabia and the United Arab Emirates — themselves repressive Arab regimes — were deployed to assist Bahrain in its crackdown. Scores of people have lost their lives and hundreds of others sustained injuries or been arrested since then.
(Hawzah News Agency)
Share to
Tags
Al Khalifa ، court ، 10-year-old boy ، Ali Naim Marhoun ، Prosecution
Your Comment