Iran commander: US will regret any adventurism

TEHRAN, April 3, YJC - The former head of Iran’s Islamic Revolution Guards Corps (IRGC) has warned the United States against any military “adventurism” after a top US military commander threatened Tehran with military action. 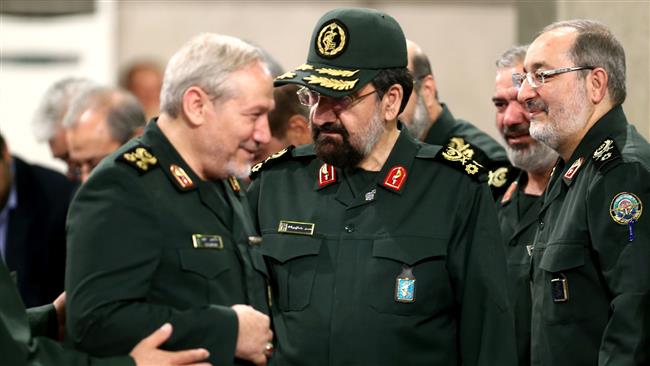 TEHRAN, Young Journalists Club (YJC) - Army General Joseph Votel, who heads the US Central Command, on Wednesday called Iran "the greatest long-term threat to stability” in the Middle East, saying the US should consider using "military means” against the country.
"You should know that Iran is neither Iraq nor Afghanistan and any adventurism will bring about regret for you," Mohsen Rezaei said on Monday in remarks addressed at Votel.
Rezaei commanded the IRGC for less than two decades and is currently the secretary of Iran’s Expediency Council, which advises Leader of the Islamic Revolution Ayatollah Seyyed Ali Khamenei.
Votel, speaking before the House Armed Services Committee in Washington, accused Iran of "destabilizing” the region through "lethal aid facilitation,” using "surrogate forces” and cyber operations.
"We need to look at opportunities where we can disrupt through military means or other means their activities,” he said.
Rezaei called the accusations "repetitive", saying "Iran's activities in the Persian Gulf and the region are aimed at maintaining security and peace."
"You had better stop the illegitimate interventions of your allies in the region and prevent massacre of the people," the official added, apparently referring to Saudi Arabia which is waging a destructive war on Yemen.
Rezaei further cautioned US leaders against being tripped into a new confrontation in the Middle East.
"Nor should you forget about Mr. Bush’s warmongering adventure,” he said, referring to former US President George W. Bush who waged two destructive wars against Iraq and Afghanistan.
The US and UK invaded Iraq in 2003 after the British Secret Intelligence Service alleged it had verified claims that the Arab country was in possession of weapons of mass destruction, which later proved to be a "misguided assumption.”
The war, meanwhile, developed into a quagmire that overall killed more than 100,000 Iraqi civilians, and brought about a chaotic situation which has been exploited by extremist outfits such as Daesh to date.
The IRGC’s Navy has on several occasions forced US Navy vessels to change course before wandering into Iranian territorial waters in the Persian Gulf. The Islamic Republic has repeatedly warned that any act of transgression into its territorial waters would be met with an immediate and befitting response.
Share to
Related News
Iran to US: Stop harassing Persian Gulf states
Iran: US playing ‘key’ role in fueling West Asian tensions
Tags
Iran ، commander ، US
Your Comment