TEHRAN, YJC.-- A major US arms deal with Israel sends a “very clear signal” to Tehran that military action remains an option to stop it from going nuclear, US Defence Secretary Chuck Hagel told reporters on Sunday.
Asked if a multi-billion dollar arms package with Israel was designed to convey a message that a military strike remains an 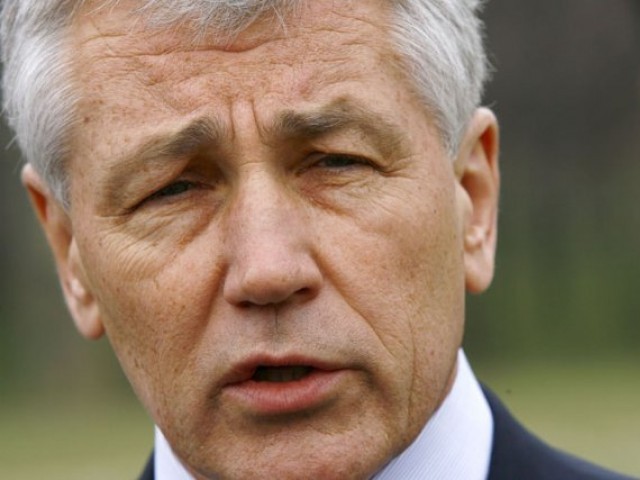 option, he said: "I don’t think there’s any question that’s another very clear signal to Iran.”

Hagel was speaking just before his plane touched down in Tel Aviv at the start of a six-day tour of the region focused on plans to sell $10 billion worth of advanced missiles and aircraft to Israel, the United Arab Emirates and Saudi Arabia in a bid to counter the threat posed by Iran.

It will also see the sale of US F-16 fighter jets to the United Arab Emirates and sophisticated missiles to Saudi Arabia.

Details were unveiled on the eve of Hagel’s departure on a trip which will focus heavily on tensions over Iran’s nuclear programme and the civil war raging in Syria.

American and Israeli leaders have been at odds over Iran, with President Barack Obama’s administration arguing that tough sanctions and diplomacy need to be given more time to work.

But Israel, believed to be the Middle East’s sole if undeclared nuclear power, has repeatedly warned that time is running out and has refused to rule out a pre-emptive military strike to prevent Iran from obtaining an atomic weapons capability.

Hagel plans to discuss with his counterparts in the region the final details of the arms deal, and US officials have said it would be months or more for the new weapons and aircraft to be delivered.