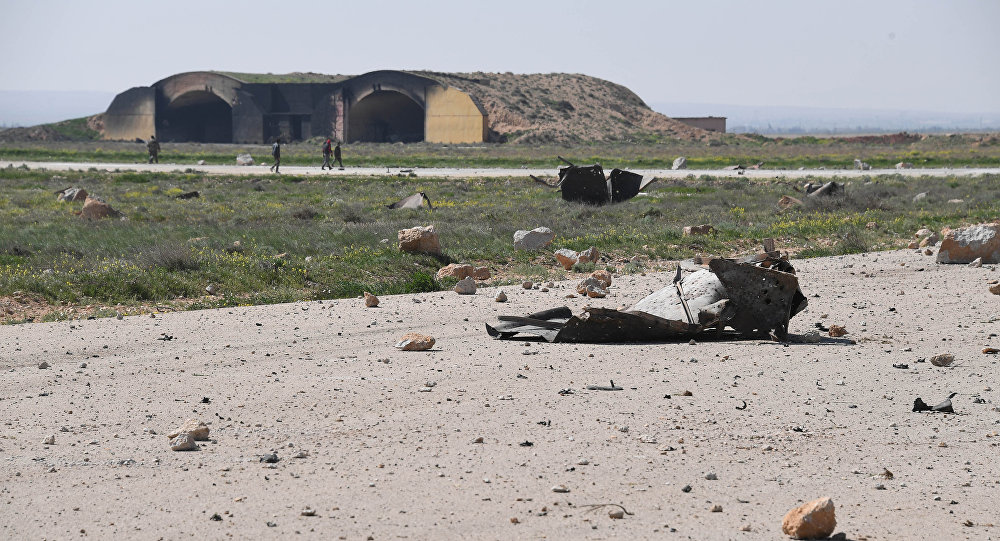 TEHRAN, Young Journalists Club (YJC) - On Thursday night, the United States launched 59 Tomahawk cruise missiles at the Syrian military airfield in Ash Sha’irat, located about 40 kilometers (25 miles) from the city of Homs. US President Donald Trump said the attack was a response to the alleged chemical weapon use in Syria's Idlib on Tuesday.
"According to our information, among the killed civilians there are four children. They are from ordinary families living near the airbase. There is nothing more to say," the source said.
Earlier, conflicting reports on the number of casualties as a result of the attack emerged.
The Homs governor said five were killed and seven injured.
The Russian Defense Ministry said Syria is currently investigating the number of casualties.
The Russian Foreign Minister said no Russian servicemen died as a result of the attack, Sputnik reported.
Russia described the attack as an aggression against a sovereign state.
Following the US military action, Russia decided to suspend its memorandum of understanding on air safety over Syria with the United States, according to the Russian Foreign Ministry.