TEHRAN, April 7, YJC - 5 people were killed and a number injured when a truck crashed into Ahlen department store in central Stockholm. 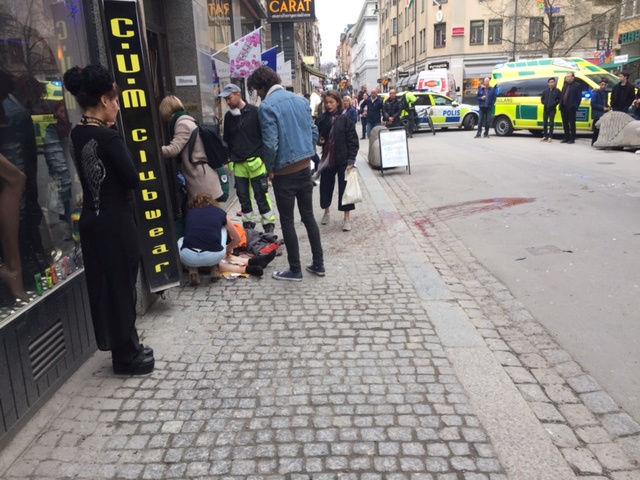 TEHRAN, Young Journalists Club (YJC) - According to Reuters, Sweden Police announced on Friday night that a person driving a truck crashed into a number of people and killed 4 people and injured 12 in central Stockholm.
Meanwhile, government offices in Sweden were closed.

Sweden’ National Railway Company also announced that all of the train whose source or destination is Stockholm central station will be closed on Friday.

"No one of Sweden’ national railway Company trains whose source or destination is Stockholm will not move in the reminded hours of Friday” the company mentioned in its statement.

Spendrups transportation company announced that the truck whose driver crashed into people in central Stockholm was a theft truck. " The truck had been stolen when delivering foodstuffs  to a restaurant”, the company spokesman told.
Sweden police said that it could not confirm the arrest of the truck driver. Yet, AFP announced that the suspect has been arrested.

Sweden’ Prime Minister, also, called the incident as an act of terrorism, saying that all of the evident shows that this act is terrorist one.