TEHRAN, April 9, YJC - Iran has dismissed as “ridiculous” the Jordanian monarch's juxtaposition of the Islamic Republic with the Takfiri Daesh group in a recent interview with The Washington Post. 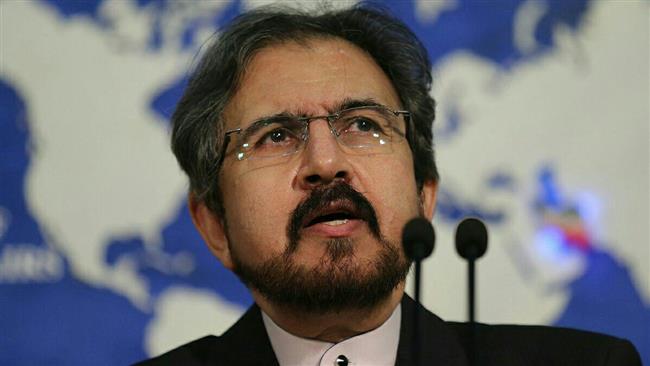 TEHRAN, Young Journalists Club (YJC) - Foreign Ministry spokesman Bahram Qassemi was reacting to King Abdullah's argument that Israeli settlements were playing into the hands of Iran and Daesh which has the second or third biggest number of its members recruited from Jordan.
"These issues give ammunition to the Iranians, to [Daesh ringleader Abu Bakr] al-Baghdadi and ISIS (Daesh),” the Jordanian king said in the interview published on Thursday.
Qassemi said, "Making baseless and ridiculous comparisons between Iran and the ringleaders of terrorist groups, and this being done by the king of an Arab and Muslim country, is unfortunately indicative of the complicated and pathetic situation, which the region is in.”
"It seems the Jordanian king is strategically and fundamentally mistaken in his definition of terrorism and his interpretations simply reflect the poor and shallow nature of his perspective on regional developments,” he added.
According to the data from the US House Homeland Security Committee, Jordan exports one of the biggest numbers of Daesh members to Syria and Iraq along with Tunisia and Saudi Arabia, Presstv reported.
Last year, The Telegraph said more than 2,000 Jordanians had joined the Takfiri group which follows the extremist Wahhabi ideology preached on Jordan's doorsteps in key ally, Saudi Arabia.
"It is advisable that the Jordanian king take a passing look first at the statistics released about the Jordanian terrorists joining Daesh and other blood-spilling and ignorant groups and then make an opinion on Iran which is on the frontline of the fight against terrorism and extremism and striving to strengthen security in the region," Qassemi said.
Iran has been lending military advisory support to the Syrian army and the Iraqis in their battle against foreign-backed terrorist groups for years.
Qassemi also denounced the Jordanian king's call on Arab countries to ally with Israel against Iran, reminding him of the "endless problems which the fabrication of the illegitimate Zionist regime has created for the Muslim world and the regional states."
In his interview with the Post, Abdullah said, "There are some strategic problems that Iran is involved in in our area. But here, again, is an opportunity: bringing Israel and the Arabs closer together. Because of the Iranian regime’s potential threat to the region, Israel wants to have a relationship with the Arabs.”
Qassemi said, "Without a doubt, much of the existing situation in the region is the result of the misguided attitude of certain countries' politicians toward political developments and the wrong and destructive policies they have adopted which could push the entire region to the abyss of insecurity and instability."
"To contribute to regional security, stability and unity, the Jordanian king is advised to take a short time off to study logic, history and geography of the region," he added.