TEHRAN, April 12, YJC - Russian Foreign Minister Sergei Lavrov and US Secretary of State Rex Tillerson are meeting in Moscow on Wednesday, April 12. This marks the first visit of a Trump administration official to Russia. 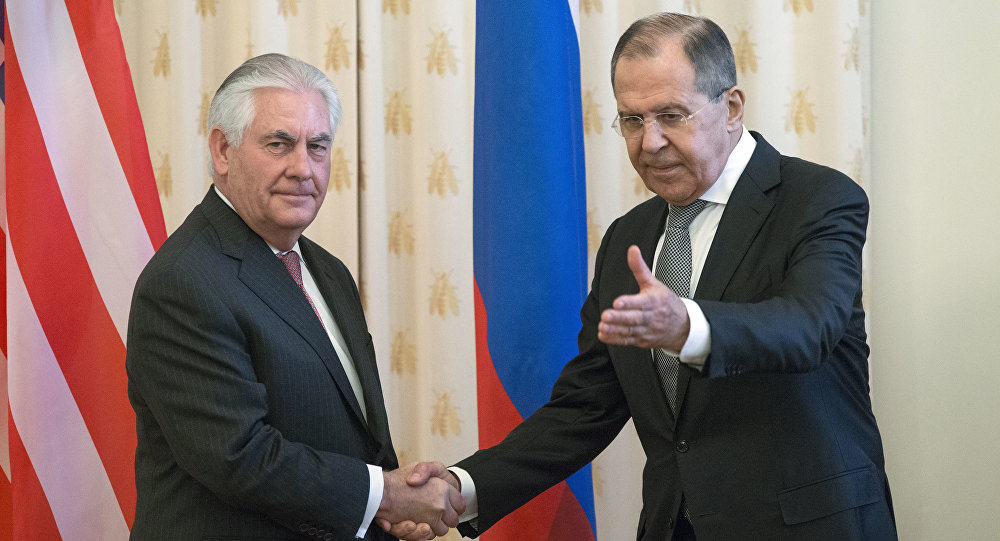 TEHRAN, Young Journalists Club (YJC) - Russia's FM Lavrov said that Russia views the US strikes in Syria as a violation of law.
"I will be frank that we have a lot of questions regarding very ambiguous as well as contradictory ideas regarding a whole plethora of bilateral and international agenda coming from Washington," Lavrov said.
Lavrov stressed that it is "fundamentally important to prevent future US attacks on Syria." He pointed out that it is difficult for Moscow to receive Washington's explanations on operational issues because "not all State Department positions have been filled" yet.
Lavrov concluded that the US State Secretary Tillerson's visit to Moscow comes at the right time and is a "good opportunity to clarify the prospects of the cooperation."
US State Secretary Tillerson responded by saying that the meeting with Lavrov gives the US the opportunity to discuss differences in bilateral relations and even narrow them.
"This meeting comes at an important moment in our relationship, so that we can further clarify areas of common interest. We can better understand why the differences exist and what the prospects to narrow them are," Tillerson said ahead of his talks with Lavrov in Moscow, Sputnik reported.
Tillerson then said that he looks forward to open, candid and frank exchange during his meeting with Lavrov in Moscow.
The US Secretary of State Rex Tillerson arrived in Moscow on April 11. He became the first representative of the Trump administration to come to Russia.