TEHRAN, April 19, YJC - Italy has called on the Turkish government to set free an Italian journalist and human rights activist arrested near the Syrian border more than a week ago as he was doing research for a book. 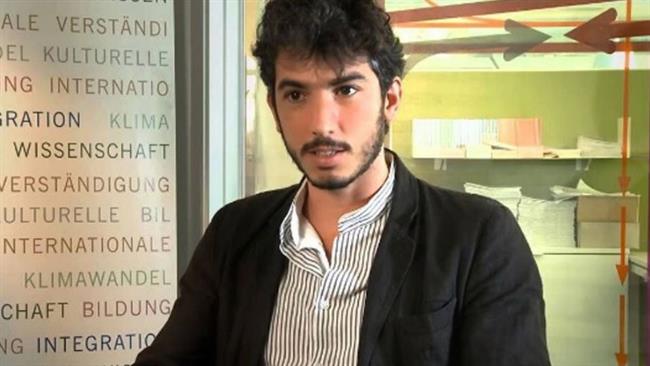 TEHRAN, Young Journalists Club (YJC) - The Italian Foreign Ministry said in a statement late on Tuesday it was working to ensure that 34-year-old Gabriele Del Grande can receive legal assistance, a visit from the Italian consulate, and be allowed to communicate with his family.
"But obviously this is not enough, because the Foreign Ministry requests that Del Grande be released, in full respect of the law,” the statement added.
The Turkish Foreign Ministry has yet to comment on the request.
Del Grande, who is one of the leading human rights defenders in the area of refugees and asylum seekers to Europe, particularly Italy, was arrested by Turkish authorities in the southern province of Hatay on April 9.
He was later transferred to a refugee center in the city of Mugla.
Amnesty International has expressed concerns over Del Grande's situation, arguing that Italian officials have not done enough to secure his release.
In March 2016, Turkey and the European Union sealed a controversial deal intended to stem the flow of refugees from Syria and other troubled countries to Europe in return for financial and political rewards for Ankara.
Under the agreement, the bloc will take in thousands of Syrian refugees directly from Turkey and reward it with money, visa liberalization and progress in its EU membership negotiations.
Critics, however, have accused Turkey of blackmailing Europe over the refugee crisis.
Visa-free travel for 79 million Turkish nationals is a contested issue as some EU states fear it would open the doors to more migration to the bloc, which is already struggling with the biggest influx of refugees since World War II, Presstv reported.
Ankara has on occasion threatened to walk away from the deal should it not get the visa liberalization, and accused the European Union of not sticking to a promise to grant Turkish nationals the right to travel visa-free in Europe.