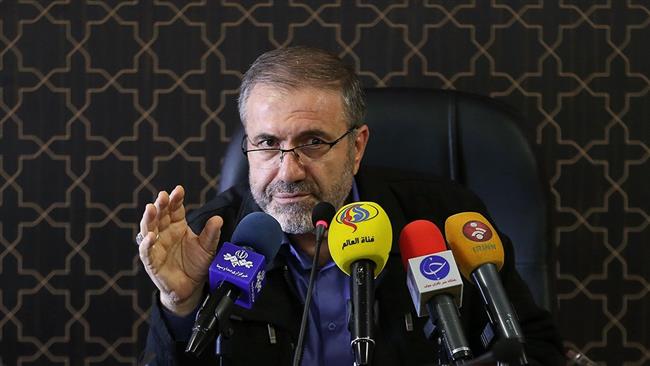 TEHRAN, Young Journalists Club (YJC) - Speaking at a press conference on Wednesday, Hossein Zolfaqari said Iran had foreseen any possible security issues that could arise throughout the elections and had kept a watchful eye on all developments both inside and outside the country.
"Currently, there are no threats whatsoever facing the presidential and [city and village] council elections,” he added.
Zolfaqari said that a committee made up of the General Staff of the Iranian Armed Forces, the Islamic Revolution Guards Corps (IRGC), the army, police and the Intelligence Ministry, had been set up at the Interior Ministry.
He added that three sub-committees -- namely intelligence monitoring, cyberspace as well as operations and security -- were working under the supervision of the committee to provide security for the upcoming elections.
The official also said that a total of 260,000 forces would be tasked with providing security on Election Day.
Iran is to hold the 12th presidential vote on May 19, and on the same day people will go to the polls across the country to cast their ballots for city and village council elections.
On Monday, the commander of the Special Units of the Iranian Police Force said that 20,000 special police forces would be deployed across the country to ensure security for the votes.
Hassan Karami said that efforts had long been underway to ensure that the May 19 polls would be held in an "atmosphere of security and order.”