TEHRAN, April 23, YJC - US Treasury Secretary Steven Mnuchin has said that President Donald Trump’s tax reform plan to be announced next week would lead to some “short term” budget issues. 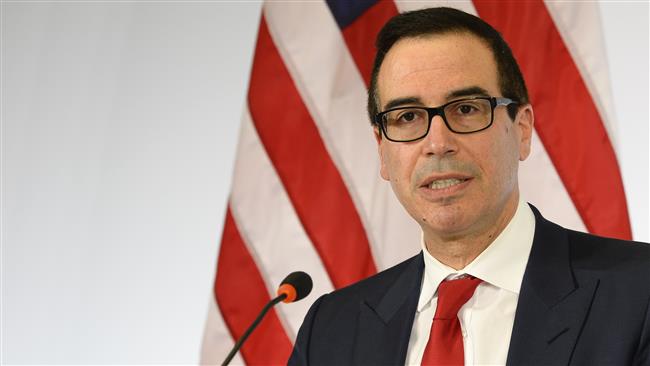 TEHRAN, Young Journalists Club (YJC) - On Friday, the president said that he would unveil his plan on Wednesday to fulfill the promise he had made in the run-up to the 2016 presidential election.

"Big TAX REFORM AND TAX REDUCTION will be announced next Wednesday," the president announced in a tweet.

During an interview by International Monetary Fund Managing Director Christine Lagarde on Saturday, Mnuchin said, "We're looking for reforms that will pay for themselves with growth."

"Under dynamic scoring, this will pay for itself, under static scoring, there'll be short term issues," he noted.

He went on to say that "the tax code is way, way, way too complicated. We want to create a system where the average American can file a tax code on a big postcard.”

With almost 100 days in office, however, Trump has not managed to win passage of a bill he favors in spite of the fact that he enjoys the majority.

Last week, Mnuchin said that enacting tax reform legislation ahead of August is not "realistic,” backing down on Trump’s promise for tax reforms.

"It is fair to say it is probably delayed a bit because of the healthcare,” he told The Financial Times in an interview released on Monday.

Trump’s proposal to "repeal and replace” Obamacare, former President Barrack Obama’s signature healthcare law, failed to go through US Congress recently, leading to an embarrassment for the new administration.