Bomb blast occurs near army base in Afghanistan 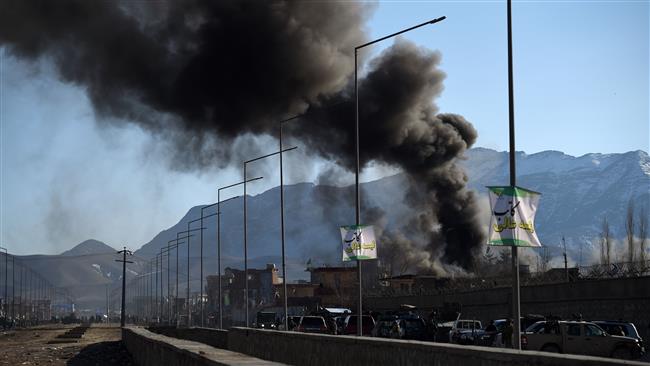 TEHRAN, Young Journalists Club (YJC) - A spokesman for the Afghan Ministry of the Interior said the car bomb was detonated near the Campaign military camp in Khost on Monday, Khaama Press reported.
There were no immediate reports of casualties.
The blast came on the same day that two of Afghanistan’s highest-ranking officials in charge of security resigned over an earlier militant attack on an army base.
Defense Minister Abdullah Habibi and Army Chief of Staff Qadam Shah Shahim stepped down on Monday over apparent security loops that led to massive casualties in a Taliban raid on the Afghan National Army’s 209th Corps military base in Maza-i-Sharif on Friday. Some 140 Afghan soldiers were killed in that attack.
In March, another brazen Taliban attack killed dozens at the country’s largest military hospital in the capital, Kabul, Presstv reported.
The Monday explosion also came as US Defense Secretary Jim Mattis arrived in Afghanistan on an unannounced visit.
The US has thousands of military forces in Afghanistan. It led an invasion of the country that toppled a Taliban regime in 2001.
Share to
Related News
Afghan Taliban declare start of ‘spring offensive’
Tags
blast ، Afghanistan ، bomb
Your Comment