TEHRAN, May 2, YJC -The Pentagon says the number of sexual assault reports it receives hit a record high last year, with an increase in the frequency of reported attacks from one in three. 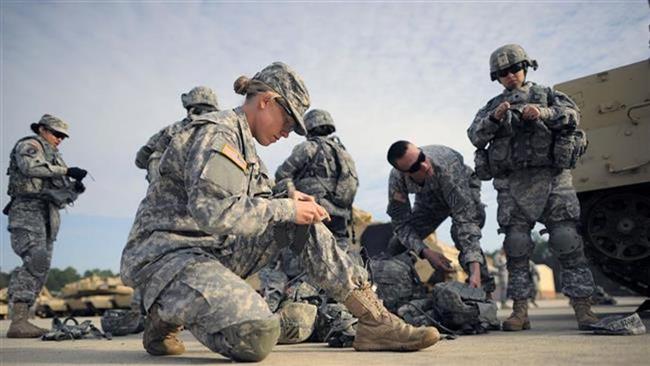 TEHRAN, Young Journalists Club (YJC) - The US Defense Department said on Monday that the reports of sexual assault in the US military had slightly increased in 2016 with 6,172 cases as compared to 6,083 the year before.

According to the latest data, the largest increase occurred in the US Navy with 5 percent more reports and there was a 3 percent jump in the Air Force. The US Army and Marine Corps had slight decreases.

"We see the increase in rates of reporting as an indicator of a continued trust in our response and support systems,” said Elizabeth Van Winkle, performing the duties of the US assistant secretary of defense for readiness, at a press conference.

"The fight to end sexual assault, sexual harassment and related misconduct in the military is far from over,” she added. "We do not confuse progress with success.”

An anonymous survey, carried out biennially among US military staffers, discovered that 14,900 service members experienced some kind of sexual assault in 2016, from rape to groping, down from 20,300 in 2014.

The survey revealed that 58 percent of victims had experienced reprisals or retaliation for reporting sexual assault.

For more than a decade, the Pentagon has been trying to encourage more people to report sexual assaults and harassment. It is said that greater reporting allows more victims to seek treatment.

Sexual assault and harassment in the US military has come under scrutiny after a scandal involving some Marines sharing nude photos of women online came to notice.

Initially, it was believed that the photos were only posted to a Facebook group called "Marines United,” with around 30,000 followers. More than two dozen of the women whose pictures were released have been identified as Marine officers and enlisted service members.

The Naval Criminal Investigative Service launched an investigation into the matter as Google and Facebook blocked the accounts posting the pictures to the group.
Source: Press TV
Share to
Tags
Pentagon ، sexual assault ، US military
Your Comment