TEHRAN, May 2, YJC - Louis Aliot, the vice-president of the French National Front (FN) party, on Tuesday said that the party has not provided accreditation to journalists of several media outlets due to their alleged espionage activities. 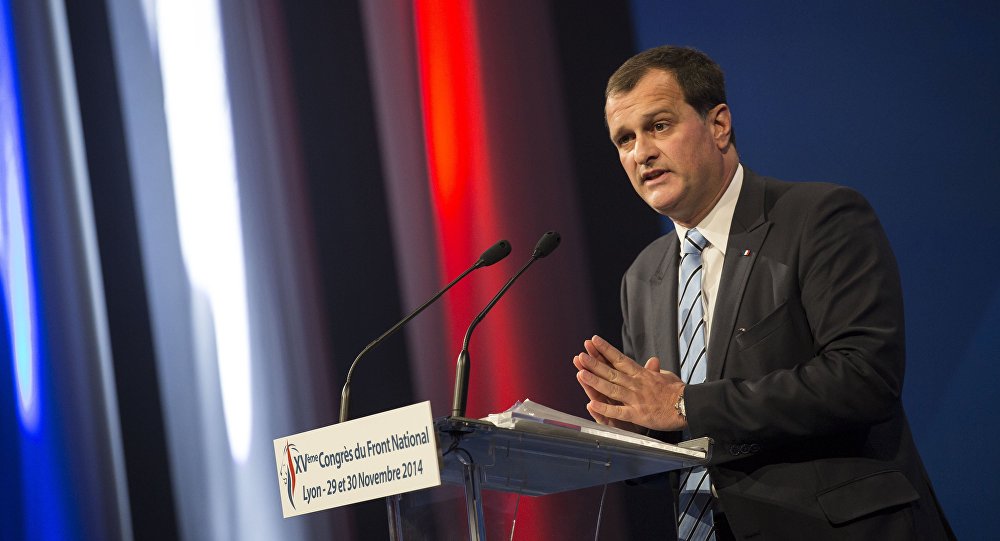 TEHRAN, Young Journalists Club (YJC) - Earlier this week, French media reported that the party refused to provide reporters of several news outlets, including Mediapart and the Quotidien program, with the press accreditation necessary to cover the events held by French presidential candidate and former leader of the FN, Marine Le Pen. The move has already been criticized by dozens of French news outlets.
"Journalists of Mediapart and Quotidien are spying," Aliot told the LCI broadcaster.
He added that Mediapart had also refused to invite Le Pen to participate in the democratic debates held by the news outlet.
On Sunday, the French voters will participate in the second round of the presidential election.
The first round was won by independent candidate Emmanuel Macron backed by 24.01 percent, while Le Pen gathered support of 21.3 percent of voters, Sputnik reported.