TEHRAN, May 5, YJC - Pakistan has agreed to change the formation of its military forces on the border with Iran after Foreign Minister Mohammad Javad Zarif traveled to Islamabad for talks on the recent massacre of Iranian border guards. 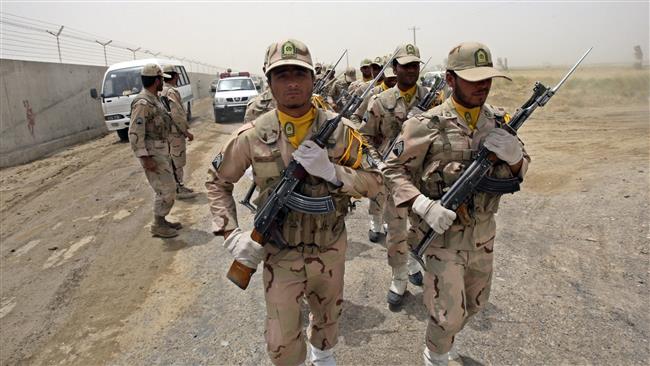 TEHRAN, Young Journalists Club (YJC) - Ali Awsat Hashemi, the provincial governor of Iran’s southeastern Sistan-and-Baluchestan Province, said Thursday that "Pakistan accepted for the first time to dispatch a senior military official to its borders with Iran and create a new military formation there.”
He was detailing the outcome of a Wednesday visit to Pakistan by Zarif at the head of a high-ranking political, military, law enforcement, and security delegation, including Hashemi, to address the tragedy and hold talks with senior Pakistani officials.
As many as 10 guards were killed and two others injured in an ambush near the town of Mirjaveh in Sistan-and-Baluchestan last week. The assailants escaped into Pakistani territory immediately after the attack.
The Pakistan-based Jaish ul-Adl terrorist group claimed responsibility for the attack in a statement.
Zarif met with Pakistan’s Interior Minister Chaudhry Nisar Ali Khan, Prime Minister Nawaz Sharif and Qamar Javed Bajwa, chief of the country’s Army Staff.
Sharif extended his condolences to Iran over the terrorist attack and expressed Islamabad’s readiness to fully cooperate with Tehran in the fight against terrorism.
The trip, Hashemi said, witnessed six serious business meetings with Pakistani officials, and featured discussions about the governmental and popular capacities in place for freeing hostages and transferring bodies of the Iranians, who have been killed by terrorists over the past 15 years.
He said both nations had suffered the most losses at the hands of terrorists, adding, "Based on this common understanding, it was necessary for the shortcomings and problems to be addressed to see what the rise in such harmful [terrorist] acts are rooted in.”
Share to
Related News
Iran entitled to destroy terrorists’ hideout in Pakistan: commander
Pakistan must take swift action to secure borders: Iran
Iran FM visits Pakistan to discuss border security
Iran, Pakistan agree to boost cooperation on border security: Zarif
Iran, Pakistan talk border security after massacre of guards
Iran, Pakistan talk border security after massacre of guards
Iranian Parliament to Probe into Deadly Terrorist Attack on Border Guards: MP
Senior cleric slams cross-border terrorist attack in southeastern Iran
Tags
Iran ، border guards ، pakistan
Your Comment