People in France are casting their ballots in a presidential run-off that pits the centrist candidate Emmanuel Macron against his far-right rival, Marine Le Pen. 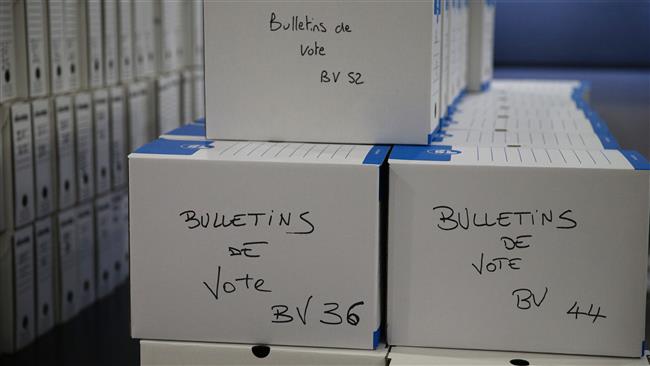 Some 47 million people are eligible to vote at 66,546 polling stations around France.

People in France’s overseas territories as well as 1.3 million expatriates had started voting a day earlier to pick between the pro-European Union Macron and the anti-immigration Le Pen.

Latest opinion polls show the 39-year-old Macron with a lead of around 62 percent to Le Pen’s 38 percent.

The election is coming after an unprecedented presidential campaign marked by scandal, repeated surprises, and a last-minute hacking attack on the centrist candidate.

During a heated debate on Wednesday, the two candidates engaged in a vitriolic back and forth, with 48-year-old Le Pen branding the former economy minister as "the candidate of the elite” and a "darling of the system.” Macron called her a "liar” and a "parasite of the system” in response.

Two days later, a large-scale hacking attack also targeted the Macron campaign, leading to the release of thousands of emails and other documents. According to local press reports, nearly nine gigabytes of data were posted Friday evening on a profile called EMLEAKS to Pastebin, a site that allows anonymous document sharing.

Macron’s campaign staff slammed the cyber attack as an attempt at "democratic destabilization, like that seen during the last presidential campaign in the United States.”

Macron and Le Pen won the first round of voting in France’s presidential election on April 23. Macron finished first with 24 percent, ahead of Le Pen with 21.3 percent.

The populist far-right candidate has portrayed herself as anti-EU, anti-NATO, and anti-immigration.

Macron is seen as a centrist who aims to continue the policies of outgoing President Francois Hollande by deregulating the economy and deepening integration with the European Union.