TEHRAN, May 9, YJC - Israeli forces detained at least 19 Palestinians during raids across the West Bank districts and East Jerusalem, according to local and security forces. 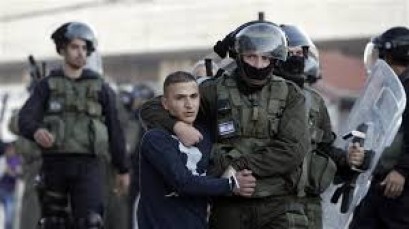 Meanwhile, Israeli army arrested four Palestinians from Hebron area, four others from the village of Far’oun near Tulkarm, three from Bethlehem, and one from Qalqilia.

Israeli forces carry out raids across the occupied Palestinian territory on a near-nightly basis, with the UN recording an average of 95 weekly raids in the West Bank in 2016, and 73 weekly raids on average thus far in 2017.

The majority of raids are carried in cities, villages, and refugee camps located in Area A which should be under full Palestinian Authority control according to the Oslo agreements.

Since April 17, over 1,500 Palestinian prisoners have gone on a mass hunger strike in protest at the conditions of Israeli prisons initially called for by former Fatah leader, Marwan Barghouti.