TEHRAN, May 11, YJC - Indications have emerged in the media that three of the biggest Japanese banks are already doing effective business with Iran – what could show a major portion of post-sanctions banking problems in dealing with the Islamic Republic has been removed. 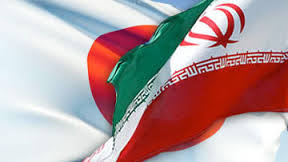 TEHRAN, Young Journalists Club (YJC) - Farhad Taqizadeh-Hesari, an economist and a senior associate to the head of Asian Development Bank Institute (ADBI), told Iran’s domestic media that Bank of Tokyo-Mitsubishi UFJ (BTMU), Sumitomo Mitsui Banking Corporation and Mizuho Bank had already started transactions with Iranian banks.
This could be a crucial development given that the international banks had been so far complaining that the remaining US sanctions on Iran – particularly a ban on any US dollar transactions – were still obstructing business with Tehran.
Taqizadeh-Hesari emphasized that several other signs had also appeared that showed Iran’s banking relations with Japan had returned to normalcy.
Those signs, he said, included launching a credit line worth $10 billion between Iran and Japan, a whopping increase of 130 percent in Japan’s imports of oil products from Iran and the signing of an agreement between the two countries to support mutual investments and bilateral trade.
Taqizadeh-Hesari further told Iran’s ISNA news agency that the risk for financial transactions between Iran and Japan had decreased after the two countries were able to establish banking transactions based on Japan’s national currency – the yen.
BTMU, Japan's largest bank that handled most of Japan's payments for Iranian oil prior to the sanctions in mid-2012, announced in early 2016 that it had resumed transactions with Iranian banks, including payments for Iranian crude oil bought by Japanese refiners.
The announcement came within a few weeks after a series of draconian economic sanctions – that included bans on banking activities with Iran – were lifted as a result of the implementation of a nuclear deal between Iran and the five permanent members of the Security Council plus Germany.
Share to
Related News
Iran, Japan study boosting scientific ties
Iran, Japan sign MoU on shipping line
Japan resolute to implement Iran’s nuclear deal
Iran, Japan to expand banking supervision cooperation
Tags
Iran ، Japan ، business
Your Comment