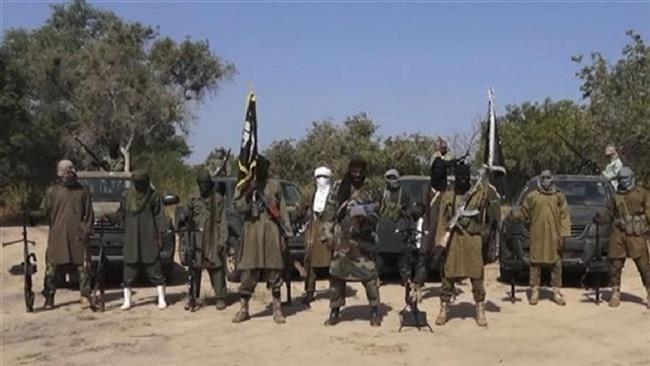 EHRAN, Young Journalists Club (YJC) - In a video obtained by Sahara Reporters, a US-based journalism website, a man calling himself a Boko Haram militant said "more bombs attacks are on the way, including Abuja."
On May 3, civilian and security sources in Nigeria claimed that Abubakar Shekau, the terror group's ringleader, had sustained injuries less than a week earlier when Nigerian Air Force warplanes bombarded a gathering of militants in Balla village in the northeastern province of Borno.
Boko Haram is predominantly active in the restive Borno province, its birthplace, and the capital is almost beyond its reach. However, Nigeria's Department of State Services, the country's state security agency, announced in April that it had foiled plans by the terror group to assault the UK and US embassies in Abuja.
Boko Haram terrorists started their reign of terror in 2009 with the aim of toppling the Nigerian government. In their heyday in early 2015, they managed to control an area in the country’s northeast as vast as Belgium but lost most of that territory over the past year as a multinational task force, comprised of Chad, Cameroon, Niger and Nigeria, launched a campaign in February 2016 to eradicate the militant group.
On December 24, 2016, Nigerian President Muhammadu Buhari, who came to power in 2015 with a pledge to eliminate Boko Haram, announced that the army had "crushed” the terror group a day earlier by retaking its last key bastion, deep inside the thick Sambisa Forest.
The group, however, has resorted to sporadic shooting and bombing attacks in the northeast of the African country, spreading panic among the local residents. It also carries out cross-border attacks in Niger, Chad and Cameroon.
Boko Haram, whose name means "Western education is forbidden,” has claimed responsibility for numerous deadly terror attacks in Nigeria during the past eight years. The attacks have so far claimed the lives of at least 20,000 people and displaced more than 2.7 million others.
In March 2015, the terrorists pledged allegiance to the Daesh Takfiri group, which is mainly operating in the Middle East.
The United Nations has already warned that areas affected by Boko Haram militancy face a humanitarian crisis.
Source: Press TV
Share to
Related News
Multiple bomb attacks kill 16 in northeastern Nigeria
US-led airstrike kills nearly two dozen civilians in Syria
Tags
Boko Haram ، bomb ، Abuja ، Sahara Reporters
Your Comment